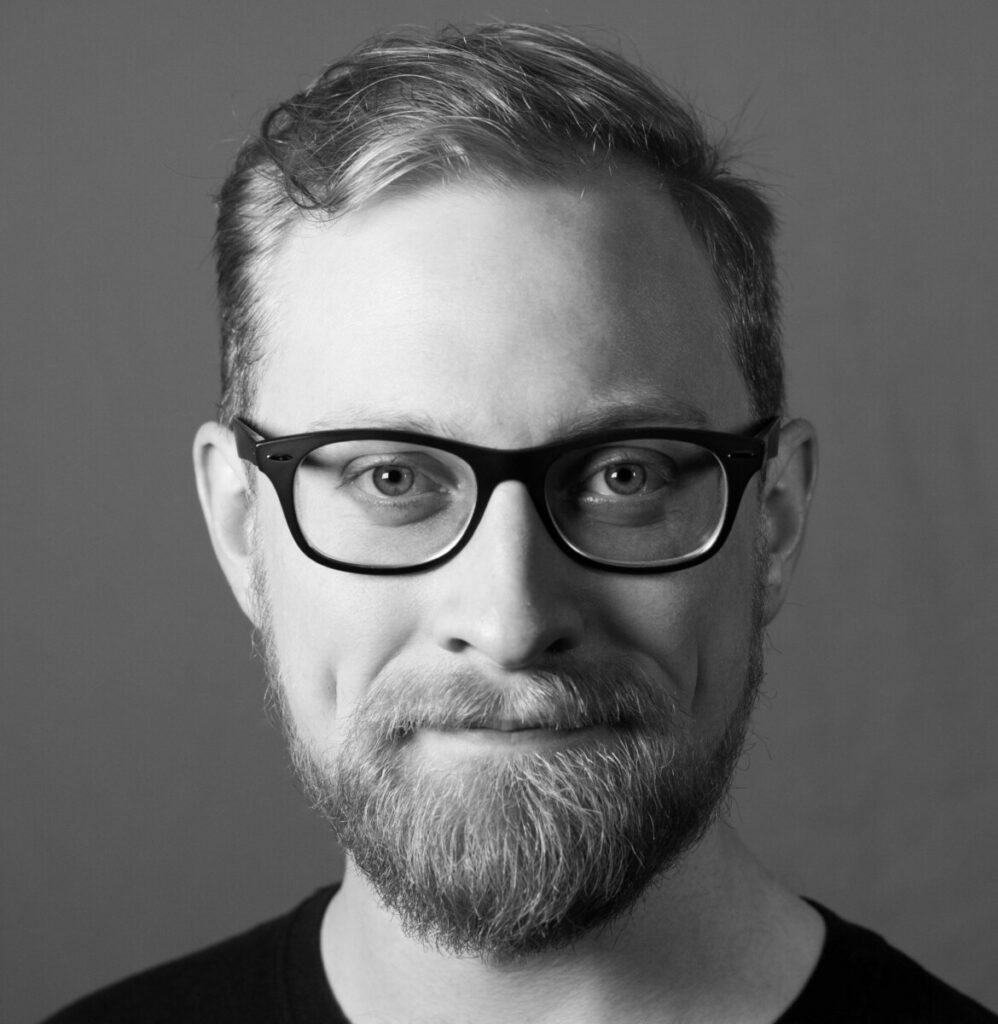 Currently, I’m transitioning from being a full time freelance designer into a full time videographer and filmmaker, and I’m working part-time at the Apple Store to smooth the transition. I’ve been a graphic and motion graphic designer for about seven years now, and I’ve been doing film and video work for for a little over one year.

An assistant figure skating coach at the Pennsylvania State University!

Also at Penn State! I grew up in State College, my parents were alums, and my mother worked for the university, so I was allowed to go anywhere as long as it was Penn State.

In 2012, I was studying abroad in Rome and a few of my classmates back home messaged me and told me to apply for this crazy thing called the SIGGRAPH Student Volunteer Program. The submission was due in less than a day, so I hurriedly hammered out my application essays and wound up submitting with an hour to go. Hilariously, I forgot entirely about it until I was back home and got my acceptance email. I was like, “Oh… I guess I better buy a ticket to LA…”

SIGGRAPH 2014 saw me accepted as a Team Leader for the SV Program. I was freshly graduated, had no idea with I was doing in life, and was coming off a pretty rough summer. However, I’ll never forget going through orientation with all the other Team Leaders. Spending time training and laughing with a group of likeminded, motivated, happy people established SIGGRAPH not just as a conference, but a community.

In particular, there was a moment with all of us painting banners for the SV program on one of the many balconies of the Vancouver Convention Center. The sun was shining, a Disney Dreamliner was docking about 500 meters away, and a seaplane was touching down on the bay. Everyone was smiling, music was playing, and we were all happily at work creating a mosaic for the Student Volunteers. It really encapsulated everything that was incredible about the SIGGRAPH community, and will forever be one of my most cherished memories.

I’m currently working as a Post Producer for a documentary called Attila’s Next Step. The story follows the life of Attila Domos, a Pittsburgh local who was paralyzed from the waist down in the early 90’s, only to overcome his circumstances and unofficially break a world record for longest 24 hour ride on a handcycle last summer. Our documentary is following his journey to officially break the record in Fall 2017, and sheds light on the lifestyle of other challenged athletes. Our investor pitch video– kind of accidentally– became a pretty decent short film in and of itself, so we’ve starting sending around the local film festival circuit. We’ve even won audience choice a few times!

If you’d like to see our teaser or support Attila’s journey, you can check out our GoFundMe here: https://www.gofundme.com/attilas-next-step

Probably my great great great grandmother. Supposedly, she was a Swedish Princess who abandoned her family to be with a lowly boat builder. He then built the boat that brought them to the USA. I’m skeptical, but also really, really hopeful.
Also, hands off, Disney– that one’s mine.

Answer #2 above may have spoiled this a bit, but I was a figure skater for 15 years, and a coach at Penn State for six. I’ve skated competitively, choreographed programs for myself and others, and helped to run ice shows with upwards of 500 people in attendance. It’s a super fun sport that, in my opinion, doesn’t get nearly the attention it deserves!

That would be my sister. From a young age, she would share stories and join me on fantastic adventures through imagination, sparking my passion for story and worldbuilding. As we got older, she taught me about compassion and patience. She encouraged me, cheered for me, cried with me, and taught me when and how to stand my ground (though I suspect we both got a bit of that from our mother, as well).

Three people messaged me on that fateful day in Rome: Chris Pritts, Robert Kistner, and The Fabulous Michael Collins. Thanks guys! Literally can’t imagine where I’d be without you.

Tis a bit silly, but that would be the welcome video I made for the SV program at SIGGRAPH 2017. I was the 2017 Marketing Lead for the SVSC, which made me responsible for most of the media the program produced. We decided to make our SV Welcome Video the same day we were training our Team Leaders, which turned into an impromptu 24-hour film festival with the deadline being the SV Orientation.

I would grab shots for the video between the TL training activities, and I edited everything together over Friday night and into Saturday. The export finished an hour before SV orientation started, and everyone loved it! As an aspiring producer/director, it was exhilarating to produce something in such a short time and receive a positive response. Props to David Verona for being an ace Drone Operator.