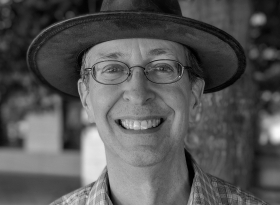 I solve problems with interesting constraints while building useful things. That makes me an engineer. I’ve been doing this professionally since I was an electrical engineering undergraduate at the University of Delaware, where I built one of the earliest laser printers, working for the head of the EE department (who was an ex-Xerox VP). But I spent my youth figuring out how things worked and making them work differently, or better, or even at all (when broken). So I like to think I’ve been an engineer since my earliest memory.

I delivered newspapers and worked in a hobby store during high school, and was the “sound guy” for many performances in the student center’s Bacchus room as an undergraduate. I was paid as a research assistant to build the laser printer, and later at Stanford to do work that led to the founding of Silicon Graphics. But my first non-student professional job was as a member of technical staff at Silicon Graphics. I remained with SGI for almost twenty years, finishing up as CTO, so this first job worked out very well.

3, Where did you complete your formal education?

I left the Stanford EE PhD program in 1982 to co-found Silicon Graphics with Jim Clark and several other students and recent PhDs. When I finished at SGI in 2001 my friend Pat Hanrahan helped to have me reinstated as a Stanford PhD candidate (I had passed the EE quals in 1981), and then acted as my primary thesis advisor. I completed my PhD with Pat in 2004, though much of the work was done in the vision-science laboratory of professor Martin Banks at UC Berkeley, who was also on my committee.

4. How did you first get invovled with ACM SIGGRAPH?

Professor James Clark took me on as a research assistant at Stanford the summer of 1981. I shared with him the 600-page laser-printer specification I had printed on the same printer, and he was convinced I could design and build working systems. My primary task was to propose a VLSI circuit that would accept output from the Geometry Engines he was then developing, and render it to a frame buffer. Along the way Jim asked me for help reviewing some SIGGRAPH conference papers. This was my introduction to SIGGRAPH and its technical program.

There are so many! I’ve attended all but two conferences since 1984, which was the year that Jim received the achievement award. Receiving that award eleven years later, for the work I had done at Silicon Graphics with Jim and others, is a delightful memory (more below). But my favorite memory is not of a conference event, but rather of the off-conference whisper suite that a few of us from SGI set up and manned during SIGGRAPH ‘87 in Anaheim.

I had returned from SIGGRAPH ‘86 in Dallas deeply concerned that Hewlett Packard was not only gaining on SGI with its graphics workstations, but looked likely to pull ahead. In response I began a crash development, using a new technology approach, and a small team of us had a prototype running and ready to demonstrate only a year later. Looking back we chuckle at the term “whisper suite”, since we gave hourly demonstrations throughout the week and must have brought hundreds of people through. Their excitement convinced us that we were on the right track, and the product that we subsequently shipped was very successful. It was a peak experience.

Abraham Lincoln. LIke my father before me, I hold him in awe for holding the union together while bringing slavery to an end in the United States, all under the most trying of circumstances. I particularly admire his writing, and do what I can to emulate his technique of writing to clarify his own thinking. It would be a privilege to communicate the amazing bounty his work has enabled, and to hear his thoughts on current challenges the United States faces.

I suppose a fair number of people know that I’ve lived and worked in China. But when I reflect it still amazes me that I’m as comfortable as I am there, and that my children are too, both having completed multiple internships in Beijing that involved significant verbal communication in Mandarin. (My mandarin is bu hao, theirs hen hao.) We all lived in Beijing from 2005 to 2007, and spent the summers of 2015 through 2017 there as well. At this point, when the topic of living outside the US comes up in family discussion, I am reminded that it really may happen, and I enjoy the sense of not knowing what the next year may bring.

Professor Peter J. Warter, Jr. Pete chaired the Electrical Engineering Department at the University of Delaware, and was the ex-Xerox executive who guided the laser-printer project described above. During those interactions and many others I learned the fundamentals of system design. But perhaps more importantly, Pete and his wife Jane welcomed me into their family, in many ways, but in particular by inviting me to live with them and their three children during summer months at their second home in the New York Finger Lakes. Their family was so different from my own—emotive where ours was restrained, loud and boisterous where ours was quiet—that I initially feared something was wrong. Learning that happy and loving families have very different qualities was eye opening and, I think, helped guide me to the wonderful family life I now enjoy.

Forest Baskett. When I was invited to be on the SIGGRAPH technical papers committee for the 1993 conference, I felt that my work at Silicon Graphics was more important and said no. Later, when I mentioned my decision to Forest, then SGI’s CTO, he made it clear that I had chosen poorly, that volunteer service was an important aspect to a professional career, and that both Silicon Graphics and I would benefit from my participation. I took his advice to heart, so when Andrew Glassner called the next year I eagerly accepted his invitation. And of course Forest was right.

I have been privileged to work with many talented people on challenging and impactful projects. The greatest of these successes was contributing to the growth of Silicon Graphics, from its start in 1981 to the industry leadership it had achieved by the summer of 1995. The SIGGRAPH Achievement Award I received that year acknowledged the efforts of all of us in reaching that point. And celebrating that award at SIGGRAPH 1995, with so many of my colleagues in Silicon Graphics and throughout the SIGGRAPH community, and with both my parents, was a peak experience and my proudest moment.