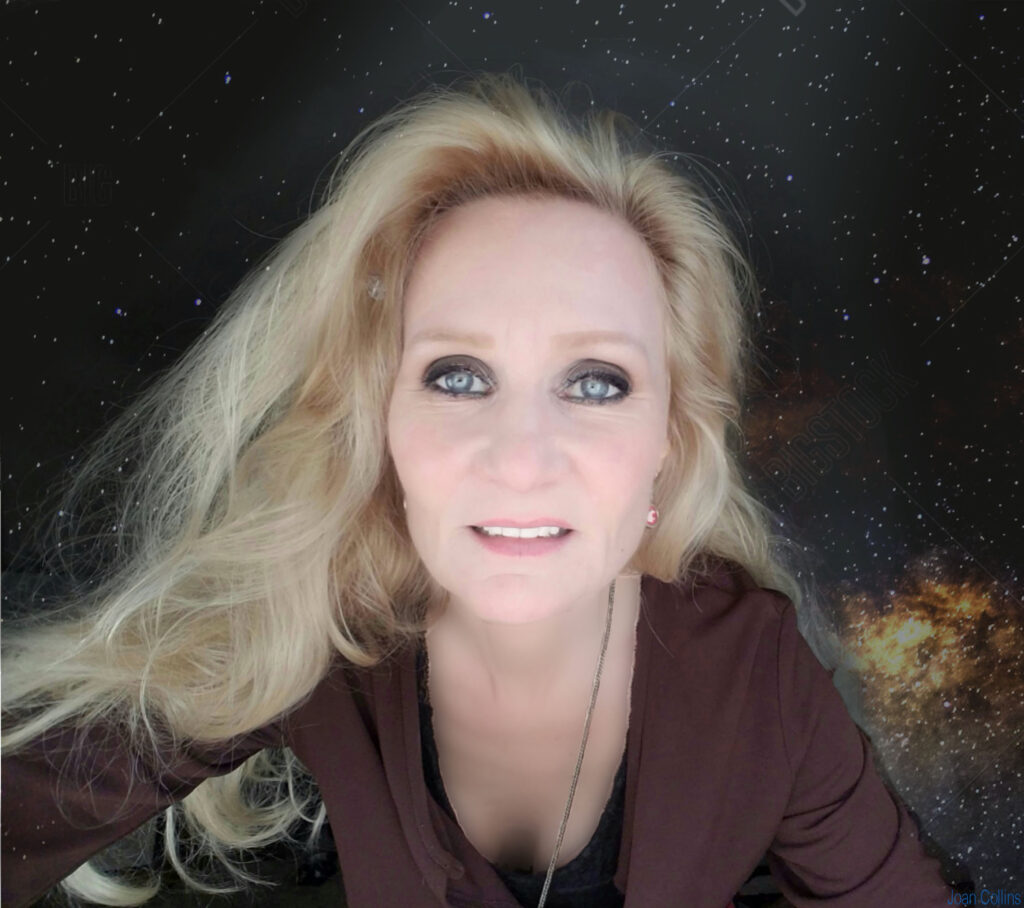 I am a Producer of Feature films, Live Stage shows, and Real-time VFX. I have been producing professionally for 40-years, since 1980.

My very first jobs were Fashion-modeling as a teen-ager for TV and Print-ads. My artistic skills got me jobs designing and creating concert posters and advertisements during High School.

3, Where did you complete your formal education?

I was in the Graduate program at University of California at Los Angeles (UCLA). I studied for a Masters degree in Computer Graphics, Fine Art, 1982. I was in the first group through the Computer Graphics Department, and was a TA for John Whitney, Sr. I had to search all over Los Angeles County to find enough classes that were teaching actual computer graphics at that time. My teachers included: Art Durinski, Paul Holman, Tony Longson, Frank Dietrich, and Jim Squires. I learned Fortran, C+, and BIT-Mapping.

I did my undergrad work at Washington State University, (WSU). Receiving a Minor in Communications, I studied at the Edward R. Murrow Communication Center with my Major focus in Advertising; Specialized in Graphic Design. I received Art Scholarship

4, How did you first get involved with ACM SIGGRAPH?

In 1980, the ACM SIGGRAPH conference came to Seattle, Washington in July 14-18, where I had moved from College. When I learned the potential of designing on a computer with 24-million colors, my eyes opened. I moved to Los Angeles.

I was in Seattle in the cafeteria using up all of the tables that I could find to lay out some offset-printed Concert posters. Each city on the tour had separate ticket info, pricing, venue names, dates and times. A tour of 10 dates, needed to have 10 different posters laid out, by hand. The cafeteria manager was kept watching and said to me, “You know, you could to all of this on a computer?” WHAT!!!? Game Changer! That manager, John Beauchamp had just seen the 1980 SIGGRAPH conference in Seattle. He told me, “Go to Los Angeles and talk to Robert Abel.” I was in my car and traveling with in a week, and found Robert Abel, and also SIGGRAPH. I said to a small group of SIGGRAPHers, “I will do your shows, if you teach me computer graphics.”I was looking at an Apple Lisa, and I thought how hard could it be? It draws a circle.

I joined the Los Angeles Local Group of ACM SIGGRAPH, and ran all Operations for their conference at the Art Center College of Design; Featuring John Whitney Sr., James Blinn, Ed Emshwiller, and Bill Kovacs. We did the first Electronic Theater, had a full floor of Exhibits, Demonstrations, a large Art Exhibit, and a Technology review. — October 1982.

I have now served on the Los Angeles Chapter’s Executive Board since 1981, and Chaired the group for seven years. Joan has personally produced over (125) one-hundred-and-twenty-five out of the (375) Three-Hundred-seventy-five LA ACM SIGGRAPH Meetings since 1978.

When I was the Chair of the SIGGRAPH 1987 Film and Video Show, in – Anaheim, July 1987; the show had been a pile of ¾” tapes dumped at the back table. I was allowed to come in and create the first fully automated show. The Time-code from the 1” tape drove the side screens, and the Film projector also. The Show included works from James Blinn, John Lassiter, & Craig Reynolds. The three shows had a Crowd of 19,500 total attendees. The Opening Sequence for the show used 6-inch-Slides projected on the ceiling in the Anaheim Arena. We played Frank Serafine music, we added a “Fast Forward Retrospect” that showcased first-time Digital audio that introduced octophonic surround sound. It also included a ray-traced opening logo sequence. – Anaheim; August 1987.

I intend to depositour CG Archives from Speakers who have presented to the Los Angeles ACM SIGGRAPH over the past 40 years. Our LA SIGGRAPH History (LASH) website ishttp://la.siggraph.org/lash. I have published the LA SIGGRAPH Chapter’s printed newsletters from 1982 to 2002. There is much more that needs to be scanned.

We are Educating Pioneers on ACM’s basic archiving processes and principles for papers. The digital identification will insert guidelines to make these archives searchable. We are teaching Pioneers that their archives of personal papers, and company files are important archives, which help document the development and advancement of graphics. Anyone with files and artifacts, and or data from before 1989, should contact me, Mary Whitton, or Amanda Wick,abwick@umn.edu, the archivist from the Charles Babbage Institute.

Nikola Tesla. I am surprised by his life achievements, and why it has yet to be produced into a high-budget feature film. I would also ask him what happened after losing his key Investor JP Morgan. Tesla had said “It is absolutely imperative for me to put out something commercial without delay.”, so Tesla turned to another of his inventions. In 1896 he had patented the first portable ozone generator in the United States, incorporating the Tesla Ozone Company, producing a device to clean indoor air of germs and viruses. AS “Life is short & there is a great deal to be done.”

After reading the definitive Biography by Marc J. Seifer PhD, Tesla has become my priority to bring this story to a very grand scale. Marc’s book states a century before cellphones and the Internet, another “wireless revolution” turned America upside down. Its chief theoretician was Nikola Tesla, a Serb from Croatia, who secured the first patent for a means to produce high-frequency radio waves. Tesla was considered, along with Thomas Edison, one of the “twin wizards of electricity,” Marc Seifer wrote.

I had an art scholarship, and started as a painter. In high school I made posters for Concert promoters. I worked in lasers after studying for my masters at UCLA, where I was John Whitney Senior’s TA, teaching helping students create titles for their animations using Bit mapping programs. We animated oscilloscopes with code written in Forth or Binary to Hex, to Decimal to run the servo scanners for the 30W-Argon lasers.

Mrs. Barbara Buteaux, my high school art teacher at Central Valley High School. Opportunity, in Washington state. She could have taught a rock to paint. I learned so much, that I was allowed to create theatrical sets, and allowed to paint a 35-foot tall mural on the Gymnasium wall. It stayed there for three decades until they built a new gymnasium.

John Beauchamp had the greatest impact on my career. In Bellevue, Washington; Just east of Seattle, John told me to go to LA to find/meet Robert Abel and look up LA SIGGRAPH. It was not a hard sell. I found out how many colors a computer can generate. For a painter, it was an eye-opener.

Some of the best moments have been in my volunteer work. SIGGRAPH certainly allowed me a place to experiment as a volunteer. I would have been stymied in my everyday jobs doing others’ work.

But, my favorite moments were as the 22-years as a Hollywood Bowl Stage Manager with Norma Foster doing Live Shows. I got to work with some stars such as: Charlton Heston, Robert Guillame, Syd Charise, Rhonda Fleming, Connie Stevens, and Marsha Hunt. You can never go back after hearing the physical Bowl’s amplification of a 750-member choir, or double Symphony orchestras. It takes your breath away. Any sound less, is just noise. – Joan Collins