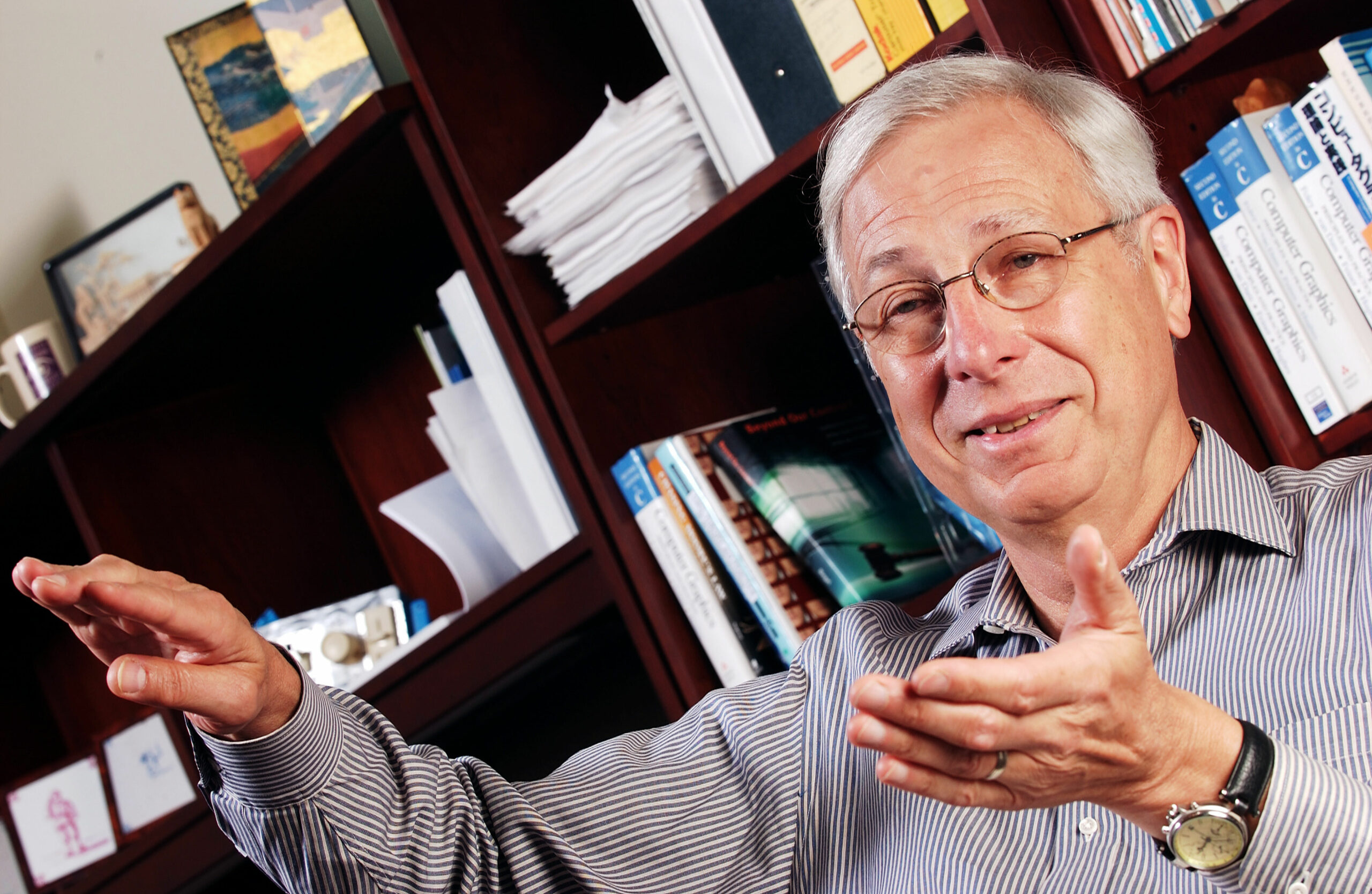 I just retired as Professor Emeritus at Georgia Tech, which I joined in 1991 to found the Graphics, Visualization and Usability (now GVU) Center. Previous academic positions were at UNC Chapel Hill and The George Washington University. I spent four years with Mitsubishi Electric Research in Cambridge MA.

My very first job was as a lifeguard. My first post-PhD job, surprisingly, was not in computer graphics but managing a group doing automotive assembly line automation.

Hard to remember how I first got involved, perhaps by teaching 1 and 2 day graphics courses for SIGGRAPH in the early 1970s. I organized an “Introduction to Computer Graphics” workshop for the 1974 Boulder Graphics Conference – the first SIGGRAPH conference. I was SIGGRAPH Vice Chair from 1974-76, and Vice President from 2009 to 2011.

Pierre Bézier, because he is one of the few computer graphics pioneers whom I never met.

I had model trains when I was a kid (https://goo.gl/photos/JUuLfGjgSHzm62nb6) and still do: now they’re just bigger, (https://photos.app.goo.gl/xC0LN8tTi27KLIP03)

Actually, two people. From my Dad I learned to be kind to everyone. From my Mom, I learned persistence – without which the books I co-authored would never have seen the light of day.