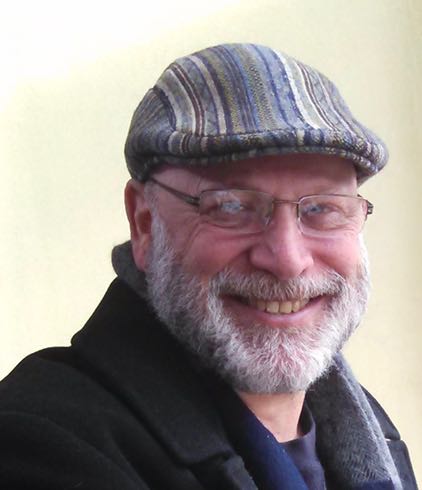 For three years I have been the Solution Architect for Secure Collaboration Solutions atSandia National Laboratories. Previously at Sandia I was a applied researcher inComputer Graphics and Scientific Visualization for 27 years.

Early on I was a pool lifeguard during the summer, but after high school I worked as aroustabout on offshore oil production platforms in the Gulf of Mexico.My first job after college was as a design engineer at Brown & Root working on oil rig designs.

I received my BS, MS and Ph.D degrees in Mechanical Engineering at Lousiana State University

My Ph.D advisor had a SIGGRAPH paper published and encouraged me to attend SIGGRAPH 81.I was just a conference attendee until around 1990 when I helped start the ACM SIGGRAPHProfessional chapter in Albuquerque, NM.

It has to be my first SIGGRAPH Electronic Theater. What I saw during the show hooked me onComputer Graphics and SIGGRAPH.

During my tenure as ACM SIGGRAPH President, the Executive Committee (EC) hasput in a lot of effort in developing a future strategy for SIGGRAPH. We have made significantstrides and the work is continuing.

I would like to have met Leonardo Da Vinci. I cannot imagine what he could have accomplishedwith the tools we have today. He was an artist, engineer and forward thinker.To me that embodies what SIGGRAPH is all about.

My wife and I are really in to Barn Hunt dog competition with our Airedale Terrier and Welsh Terrier.Both breeds are natural hunters and have earned ribbons at the Senior level.

I would have to say my mother. She was a successful business owner in a number of different areas andI had the opportunity to work with her for a few years. I learned through her that gender and ethnicityare unimportant and what matters is what people can accomplish when given a chance.

Ray Elliot was the first Rio Grande SIGGRAPH chair and both a SIGGRAPH and Supercomputing chair. Ray got me involved in all three activities and both mentored and encouraged my participation at higher levels of the organization.

I received an Individual Recognition Award from Sandia Laboratories for my work on theIntegrated Public Alert and Warning System (IPAWS). I led the integration and deployment of an IPAWS test system in all of Louisiana, Alabama, and Mississippi.

For SIGGRAPH, I would have to say being elected President of the organization twice.