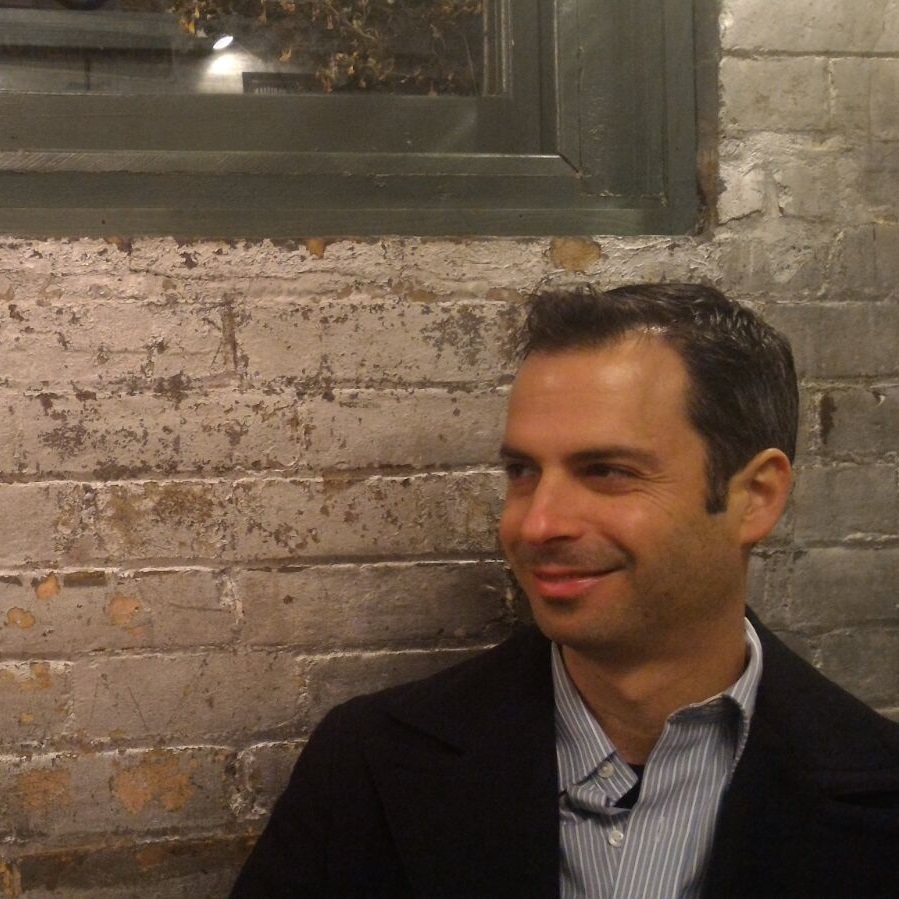 I’m a Research Scientist at Autodesk Research and I’ve worked there since Oct. 2008, first as an intern, and transitioning to full-time in 2012.

I work on the Parametric Human Project, where I do the technical development on behalf of Autodesk. The goal of this project is to create the world’s most accurate, parametric, digital model of the human body for biomechanical and medical applications.
Currently I’m also working on a time series database for use with the Internet-of-Things.

I placed barcodes on the books in the university library. It was really boring!

My first job in computing was as a coop student for a company named 3D/Eye, which produced a product named TriSpectives: a drag-and-drop CSG modeler and renderer with programmable shapes. The company was acquired by Autodesk by the time I returned for my second coop term.

I received a Bachelor of Science in Applied and Engineering Physics and a Master of Architectural Science in Computer Graphics, both from Cornell University. I also did some PhD work at the University of Toronto.

I attended my first SIGGRAPH conference in 2003 at the insistence of my Masters advisor. I had such an incredible experience at the conference learning different techniques at Courses, attending the Papers and Production sessions, and visiting the Exhibition that I was determined to find a way to return the next year. That’s when I found out about the Student Volunteer program and started volunteering at the conference in 2004.

In 2004 or 2005 the CAF pre-show was a game where huge motion-tracked balloons were thrown into the audience. The audience had to push the balloons around the theater to eliminate objects on the screen. I enjoyed the game so much I volunteered the next day to do an extra SV shift at the pre-show.

I mentioned above the Parametric Human Project. We are producing dense datasets and visualizations of the human body never before possible. The software I wrote allows anatomy researchers to capture the direction of muscle fiber bundles within the muscle, clearly delineating the direction of muscle contraction forces. Our collaborators use this information to enhance the simulation of muscle tissues, closer mimicking what actually happens in the body. It is a great multi-disciplinary project with an incredible number of applications, and it provides evidence that computer graphics is a great tool to enhance the work of other sciences.

There is also an associated Parametric Human Project not-for-profit organization, focused on building a repository of digital human data that enables scientists to more easily share digital datasets and collaborate on projects.

My grandfather left Jewish Poland at age 13 and arrived in Colombia in the mid-1930’s with two of his 6 brothers. Together they settled down and raised enough money to bring the rest of the family to Colombia, hoping to avoid the rising antisemitism in Eastern Europe. There he raised a family of four before moving to the U.S. where he spent the rest of his days. He passed away before I was mature enough to recognize what an amazing life journey he had. I would like to ask him about his travels and adventures; about what the world was like when he was young; about his fears and joys.

My other passion is investing in real estate. My goal is to make enough money investing to build a school for children in need in Colombia, where I grew up.

I cannot single out one above all the mentors I’ve had in my life. I’m especially grateful for my parents who have always supported me unconditionally and my teachers in Colombia who provided me with a strong foundation on which to continue my studies in college and graduate school.

It wasn’t one… it was all of them. Every year I meet such incredibly talented people at SIGGRAPH, both participants and volunteers, and I leave inspired every time. By working with ACM SIGGRAPH, I have created some true friends for life: SuYin Wong, Nico Gonzalez, Diana Arellano… and I hope to make many more!

I’m proud of all of it! ;) But picking something recent, I’m very proud of my contribution bringing the Toronto ACM SIGGRAPH Chapter back to life. It felt like running a startup company, and I was out of my comfort zone on so many occasions. Thankfully, I was surrounded by an amazing team of people who were eager to do the work and taught me so much about design, marketing, sponsorships, and social media. As Chair, I am the face of the Chapter, but really it’s my team who does all the hard work and I’m so grateful to them.

The experience has been invaluable and has prepared me lead other people and projects within Autodesk and in other personal endeavors.