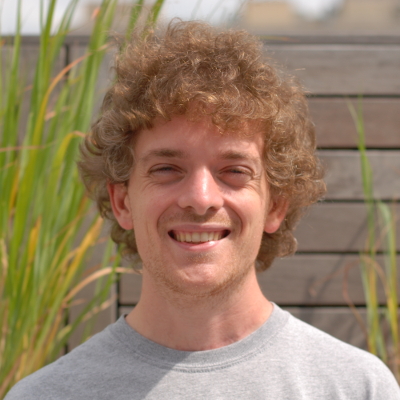 I’m a software developer with a focus on 3D and computer graphics. I’ve been programming games since high school and started getting into computer graphics during college. It’s been my career and main hobby ever since. So that’s a little over ten years now! Right now I’m at Cesium, a geospatial startup that makes a web-based virtual globe engine used by a wide range of industries.

My first job was at thatgamecompany, an independent game studio that made Flow, Flower, and Journey for PS3 and recently Sky for mobile. I joined midway through the development of Sky and worked on it for close to three years, mainly focusing on clouds, atmosphere, and other rendering effects. I left before it finished, so that should put into perspective how long development was.

I went to the University of Pennsylvania and studied Digital Media Design, an engineering degree that cross-pollinated with art. So my curriculum looked like computer science, graphics, illustration, 3D modelling, etc.

I went to SIGGRAPH after my junior year of college and had an amazing time. Seeing what people were doing at the game rendering talks made me really want to improve my hobby game engine.

There was a three hour talk about the animation / rigging system in the movie Rango. I went to the talk on a complete whim, sat in the back, and just soaked it in.

After leaving thatgamecompany I developed a solo game called Mirror Drop (mirrordropgame.com) for about a year and a half. It’s a puzzle game that you could call “aggressively raytraced” as it uses tons of reflections, refractions, and saturated colors, to the point of disorientation and mesmerization. The player has to carefully toggle forces to move a ball to three different spots within the level, whatever that means.

Sometimes I read really thought provoking anonymous comments online and wonder “who is this person?”. So it would have to be one of those mysterious souls.

I love animals. Especially cats… but also dogs, insects, the squirrels I see on my way to work…

From the technical side I’ve learned the most from John Edwards, then lead engineer at thatgamecompany, simply by watching him work. It made me realize there’s almost always a creative solution to any problem you are trying to tackle as long as you keep trying new things and keep your mind open.

At Cesium, Patrick Cozzi encourages us to get involved in the larger graphics community where we can, and SIGGRAPH is a pretty obvious choice!

There was a point midway through the development of my game when I knew I had something unique on my hands.