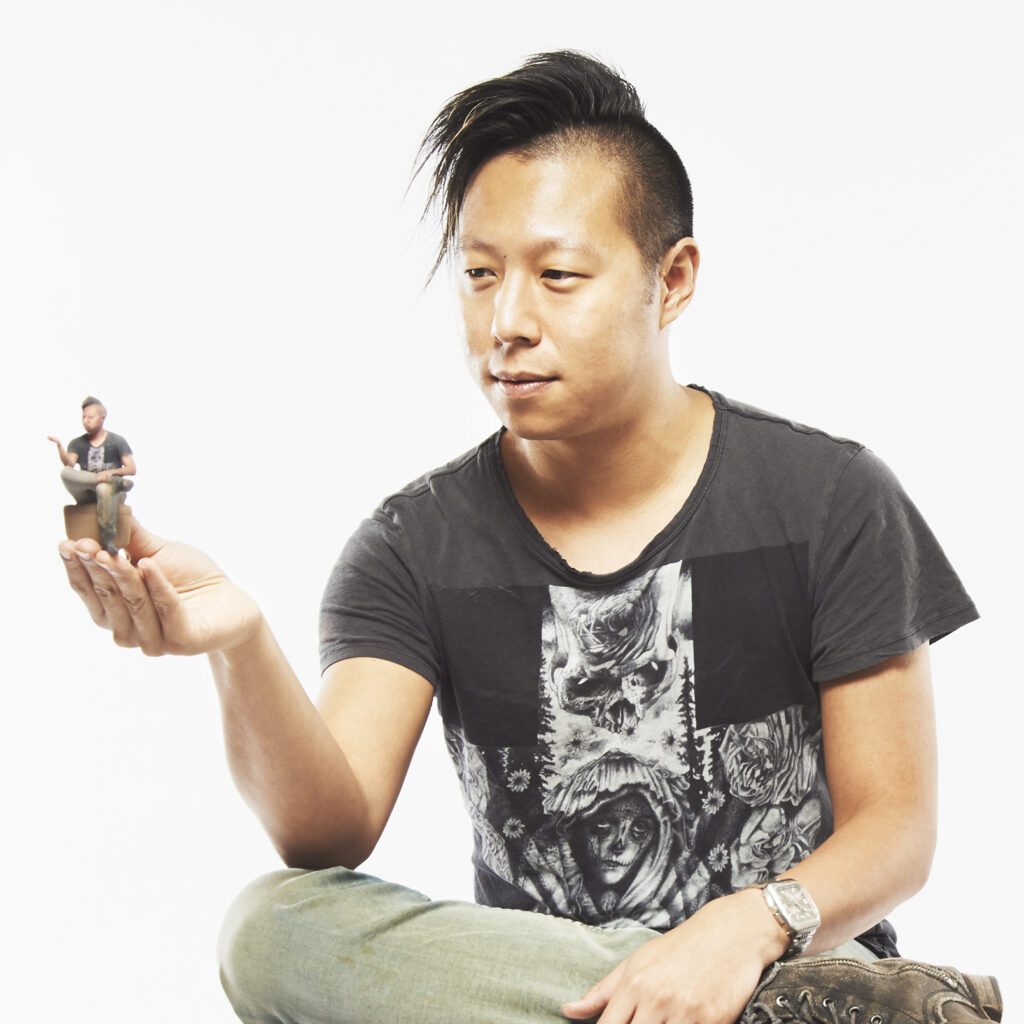 I’m currently CEO and Co-Founder of Pinscreen, Inc. (since 2015), a startup that uses AI to build photorealistic and autonomous virtual humans. I’m also a Distinguished Fellow at UC Berkeley (since 2020) and was previously an Associate Professor at the University of Southern California and Director of the USC Institute for Creative Technologies.

2, What was your first job?

My first job was at Industrial Light Magic / Lucasfilm, where I was hired as a Researcher to work on a secret project with the Wachowski’s, and real-time performance capture technologies for virtual production and VFX.

I did my Diplom (equiv MSc degree) in Germany, at the University of Karlsruhe, and my PhD at ETH Zurich, both in Computer Science. I was also a Postdoc at Columbia and Princeton Universities.

Since I started my PhD, I started working on SIGGRAPH publications. My first SIGGRAPH paper was at SIGGRAPH Asia 2009 where I published a method for non-rigid registration, called Robust Single-View Geometry and Motion Reconstruction. It was a work I conducted while visiting Leonidas Guibas at Stanford University, and this research is famous for its South Park fast forward video.

I have so many great (party) memories at SIGGRAPH, but here is a fun one. My ILM co-authors, Yuting Ye (now at Facebook) and Jihun Yu (now at Epic Games) and I turned into Zombies during the Technical Papers Fast Forward Session at SIGGRAPH 2013 in Anaheim.This was to tie with our fast forward video.

I’m currently working with my colleagues at UC Berkeley, Angjoo Kanazawa and Ren Ng, on a new data representation called PlenOctrees for Real-Time Rendering of Neural Radiance Fields (NeRFs). Recent work in NeRFs are demonstrating how photorealistic 3D scenes and objects with any materials can be rendered without the need for explicit 3D assets or complex shaders. While the original approach requires half a minute for each frame to render, we have recently shown how we can achieve >150 fps on a standard PC using a PlenOctree data structure. I believe that this new approach could be an important first step for 6-DOF 3D video experiences for Virtual and Augmented Realities. In particular, when it comes to immersive experiences that are directly captured from the real world, we are still limited to 3-DOF panoramic experiences for now. Real-time capabilities for rendering NeRFs could be an exciting alternative to conventional graphics pipelines.

I would love to have nice dinner with my dad. He passed away when I was 23, and I remember we always enjoyed having conversations about all sorts of things over drinks and meals: technology, science, movies, my goals in life, my achievements, etc. I have so much to tell him, and I think we would both enjoy the conversation very much.

Not sure if people don’t know about it, but I used to go to a lot of heavy metal concerts when I was in high school and an undergrad. That’s probably where I got my hair cut from, but I can’t really remember how it evolved into what I have nowadays.

In every stage of my career, I was fortunate to have great mentors and peers from whom I have learned tremendously. My mom and dad have both taught me everything in my childhood. They have exposed me to computers (I had a C64 Commodore since I was a kid), and encouraged me to be passionate about traditional drawing and film making. When I was in the Airborne, I learned that we can really push ourselves to the limit and do things that we think are impossible. During my undergrad years in Germany, I met so many brilliant and passionate Computer Scientists who have influenced me in rigorous math, theoretical CS and programming. During my PhD and Postdoc years, I learned from my advisors, peers, and collaborators how to conduct world-class research and produce high-quality publications at venues such as SIGGRAPH and CVPR. In my later career, my leadership and management style has been strongly influenced by Chris Bregler (now at Google and former NYU Professor) and Kim Libreri (CTO of Epic Games), who I both worked very closely with at ILM.

I don’t think there is a single individual person from which I have not learned something to apply to my life. I’m inspired by everyone who surrounds me. I have learned from my former PhD students with whom I have the pleasure to be running Pinscreen with, and my wife, Frances, whom I co-founded the company with. These people are making sure I stay focused and never give up when things become extremely challenging, insuring that I’m always on the winning side.

It was probably my PhD advisor, Mark Pauly, long before I started my PhD.

With the emergence of visual effects technologies in the 1990s (Jurassic Park, Terminator 2, etc.), I was already passionate about the field of Computer Graphics when I was in high school, where I learned basic 3D programming (in Pascal) by myself, and how to use 3D Animation Software like 3DS R4, Rhino, etc. In my 2nd year as an undergrad at the University of Karlsruhe, I worked on some Graphics and Geometry related research projects and saw an announcement about Eurographics 2002. This conference happened to be held at the Max Planck Institute at my hometown in Saarbruecken and I was lucky to be invited to attend. The first talk I went to was the one from my future PhD advisor who was a PhD student himself back then. I remember it was the first time that I learned that there was a whole science behind each technology, and not only proprietary software technologies developed by industry. That’s also where I learned about SIGGRAPH, and knew it was the place where top graphics research is published.

Uff…, there are so many points in my career where I thought this is my proudest moment. Right after I won the MIT TR35 award and when I just started as a faculty at USC, I was invited to give a talk to the board of trustees. It was a small room with only handful of people at the president’s office, and in the first row was Steven Spielberg, cheering for me right after I was introduced as a hire from ILM/Lucasfilm. That moment was hard to beat.