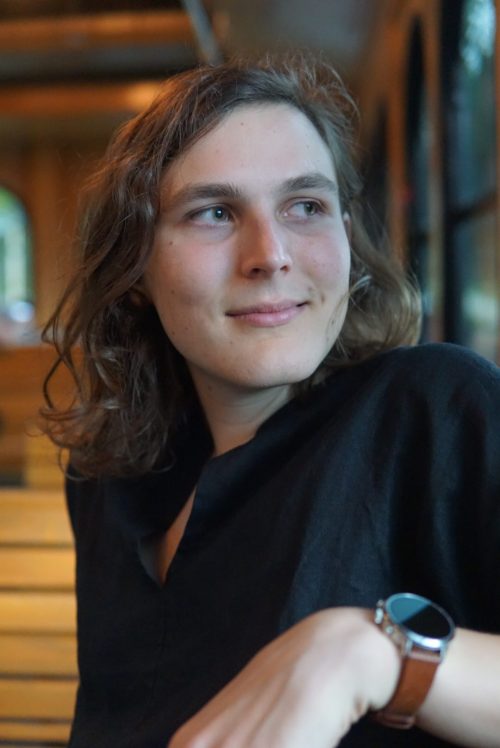 I write software and I’ve been writing software since I graduated high-school. I have just graduated with my Bachelor’s degree and I’m looking to start my career in computer graphics this summer.

My first job was as an assistant at a robotics lab at Florida State University. I worked on refactoring, improving, and extending our path-finding software which could solve a very wide variety of controls problems from robotic manipulators and wheeled vehicles to power-systems of solar panels with dynamic loads and climbing robots.

I just graduated with a B.S. in Computational Science form Florida State University.

I discovered SIGGRAPH through YouTube around 2010 when I was in middle school, but I didn’t become involved until prompted to volunteer by my local FSU SIGGRAPH chapter. I signed up for the conference that same day, which was the final day of applications. I was initially wait-listed, but I was later accepted to the Student Volunteer program and made it to Anaheim for SIGGRAPH 2016. Since then I have been a team leader in Los Angeles and Vancouver, and was a Student Volunteer in Tokyo Japan.

When I first walked through the art gallery at SIGGRAPH 2016 I was completely blown away. Once I finally had the chance to explore the art gallery with my friends, I had a blast as all of the exhibits were interactive in some form.

I created avisualization and technical demoof SBMPO, a robotics controls algorithm, in the setting of a simple video game world where it allows a monster to its movements in terms of actions like walking and teleporting.

My abuelita, I always stay with her when I visit home. I cherish all the things I learn from her, and I’m always excited to connect with her, and through her my family history.

Because of my name, most people don’t realize, at first, that I’m hispanic. My father is from Nicaragua and I grew up speaking Spanish before I spoke English.

Nhi Tran was my chapter president when I served as secretary for the FSU SIGGRAPH chapter; from her I learned how to live up to my responsibilities, how to plan events, and how to be organized and clam even when there are many many things going on.

Mari Kyle has been a huge inspiration in many areas of my life. We met right as she graduated from FSU when I was a freshman and since then she has been a very important role-model in both my academic and career goals.

My proudest moment was actually as a Team Leader in SIGGRAPH 2017, where, at the end of the conference when so many student volunteers had identified themselves as members of the LGBT+ community, I came out to the student volunteers as a queer, trans woman. It felt like an important milestone where I realized my community was openly represented and respected at multiple levels of the SV program.