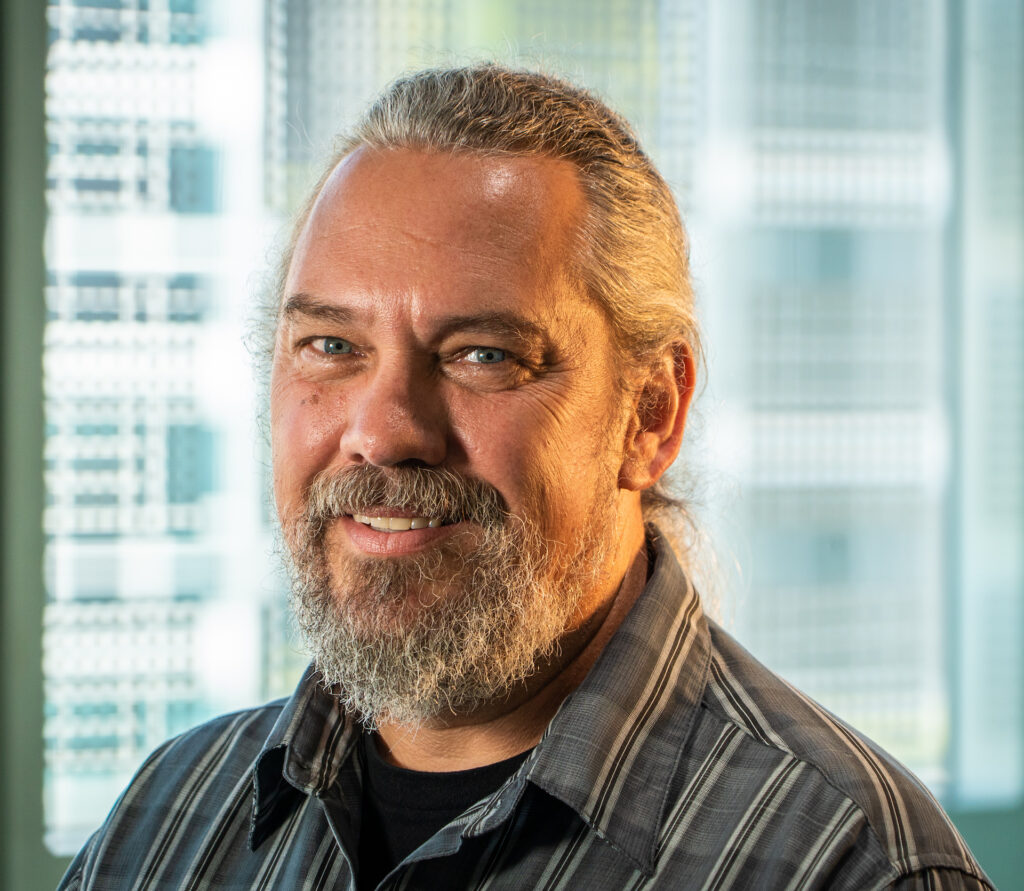 In 2019-2021 I’ve been on-leave from the University of Utah and have been spending time at the National Science Foundation (NSF) as a Program Director in the CISE/CNS division (Computer and Network Systems). In this role I oversee a wide variety of academic funding, and organize panels to review research proposals and make funding recommendations. It’s a fascinating way to see, and have some small influence on, the variety and scope of academic research going on all over the US and the world.

In high school I was a tennis player and had a summer job with the Pepsi Mobile Tennis program. My fellow summer employee Wendy and I drove around town in a Pepsi Tennis van with a portable net and a bunch of free wooden tennis rackets. We would set up the portable net in school playgrounds and get kids from all over town to give tennis a try.

I actually did my undergrad studies at the University of Utah – the same department where I am now a faculty member. Remember that the University of Utah is, in some ways, the home of computer graphics! As an undergrad I had access to a variety of then cutting-edge graphics hardware, including the latest toys from the Evans and Sutherland company.

I did my PhD at Carnegie-Mellon University in Pittsburgh. The late 1980’s was a very exciting time to be in grad school, and CMU was a wonderful place to study and explore a wide variety of CS topics. Although I had done quite a bit of computer graphics as an undergrad, I pivoted a bit towards computer engineering as a grad student and ended up doing my dissertation on self-timed and asynchronous circuit and system design.

At the University of Utah my graduate students and I have been exploring special-purpose computer architectures for a long time. Sometime in the late 1990’s and early 2000’s we started looking at computer graphics as an application area. This lead to a long-term study of ray tracing hardware. At first, we published in computer architecture conferences, and ray-tracing-specific conferences. This naturally led to exploring SIGGRAPH as an exciting venue for looking at a much more holistic view of the larger computer graphics universe.

I first got involved in SIGGRAPH as a contributor – over the years I’ve presented talks, Studio workshops, classes, been on panels, and even had a large installation shown in the SIGGRAPH Art Gallery in 2014. I got so hooked on SIGGRAPH that I started exploring joining the organizing committee. I was The Education Liaison in 2017 and 2018, became the Chair of the SIGGRAPH Distinguished Educator Award committee in 2019, and was the SIGGRAPH Labs co-chair in 2020. In 2023 I will be the SIGGRAPH Conference Chair for the 50th Anniversary version of the conference. This is a huge honor and responsibility, and I’m really looking forward to the challenge!

Forced to pick only one, I’ll say that it was at the 2018 conference in Vancouver. At that conference there was a panel on the 50thAnniversary of VR that celebrated the first VR headset developed in 1969 by Ivan Sutherland and his team at Harvard, and then moved to the University of Utah. The panel included many of the original developers of that headset (nicknamed the Sword of Damocles because it was suspended above the user’s head attached to the ceiling). What made it so special to me is that the panel included my PhD advisor Bob Sproull, whom I hadn’t seen in years, and Ivan Sutherland who was a member of my PhD committee and who I always look forward to talking with. It was very nostalgic to be able to get together with Bob and Ivan and reminisce about the “good old days!”

The wide variety and amazingly high quality of SIGGRAPH conference content is tremendous, but it’s really the personal interactions with people – new friends and old – that makes SIGGRAPH such a wonderful event and wonderful community.

I’m a big fan of Arts + CS collaborations, both in the art world, and in education. I’m exploring some options for developing a new Art+CS degree program that combines both disciplines. These types of programs do exist, but are relatively rare.

As part of this interest, I’ve been teaching a combined Art+CS course on Kinetic Sculpture with colleagues in the Art Department at the University of Utah since 2009. We cross-list this course in both the CS and Art programs, and form cross-disciplinary teams of students so that Art and CS students get the experience of working together to design and build computer-controlled kinetic sculptures. It’s been huge fun, and I think it’s been tremendously interesting and useful to students in both disciplines.

So many choices! Given my current interest in Arts+CS collaborations, I think I’d pick Robert Rauschenberg and Billy Kluver. They organized the seminal arts/tech performance event the “9 Evenings: Theater and Engineering” in October 1966 where artists from New York City and engineers from Bell Labs got together to design and perform large-scale performances of avant-garde theater, dance, and media art. The 9 Evenings was the first large-scale collaboration between artists, engineers, and scientists. It would be fascinating to talk with these original organizers, see how they were thinking about this collaboration, and get their take on the progress (or lack thereof) up to this day on this type of collaboration.

In my non-technical life, I enjoy making music with my friends. We play bluegrass, country, folk, old rock and roll, and blues. I play a variety of instruments, some better than others. I play upright bass and also mandolin in my bluegrass band The Grey Hounds. We play at a variety of small venues around Salt Lake City.

My wife Sandy and I also founded (along with our partner Stefanie) an open-access printmaking studio in Salt Lake City – Saltgrass Printmakers. We offer a shared studio facility for making original fine-art prints (relief, etching, lithography, and letterpress), organize classes, invite visiting artists, and have a small gallery space in our studio.

I’ve been very lucky to have a huge supporting cast of characters in my life including my mom and dad, a special high school teacher, Orla Bell, who taught my first CS class in 1976, my professors over the years, my wife Sandy, and even my dogs over the years: Zobel, Scruggs, and Oliver.

Just to pick one, I’ll choose Professor Al Davis at the University of Utah. I took my first digital circuits class from Al as an undergrad and my first asynchronous circuits class which lead eventually to my PhD dissertation. Al then became my colleague at the University of Utah when I returned there as a faculty member. Al taught me how to think about system design, how to merge hardware and software together, and how to actually turn designs into real physical prototypes. He hired me as an undergraduate student to work on his Data Driven Research Project and that experience changed the path of my academic life. I strive to give that same opportunity to other undergrads now in my own research groups.

My first exposure to SIGGRAPH was through research collaborators – Philipp Slusallik, Ingo Wald, Steve Parker, Pete Shirley, and Cem Yuksel come to mind. In terms of joining the SIGGRAPH organizing committee, and getting involved in education-related activities, that would be Ginger Alford. We met first at an ACM SIGCSE conference (computer science education), then again at SIGGRAPH where she got me involved in the SIGGRAPH Educator’s Forum. The rest is history!

As an academic I wear many hats, but at my core I’m an educator. I am most proud of my students and what they’ve been able to accomplish. I love hearing from my former students, both undergraduate and graduate, and what they’ve been up to in their careers. I have a number of former graduate students working at NVIDIA, for example. I believe that our research work at the University of Utah had a strong influence on the recent RTX ray tracing enhancements to the NVIDIA GPU architecture. It’s very exciting to see your research, and your former students, having an impact on the field at large!