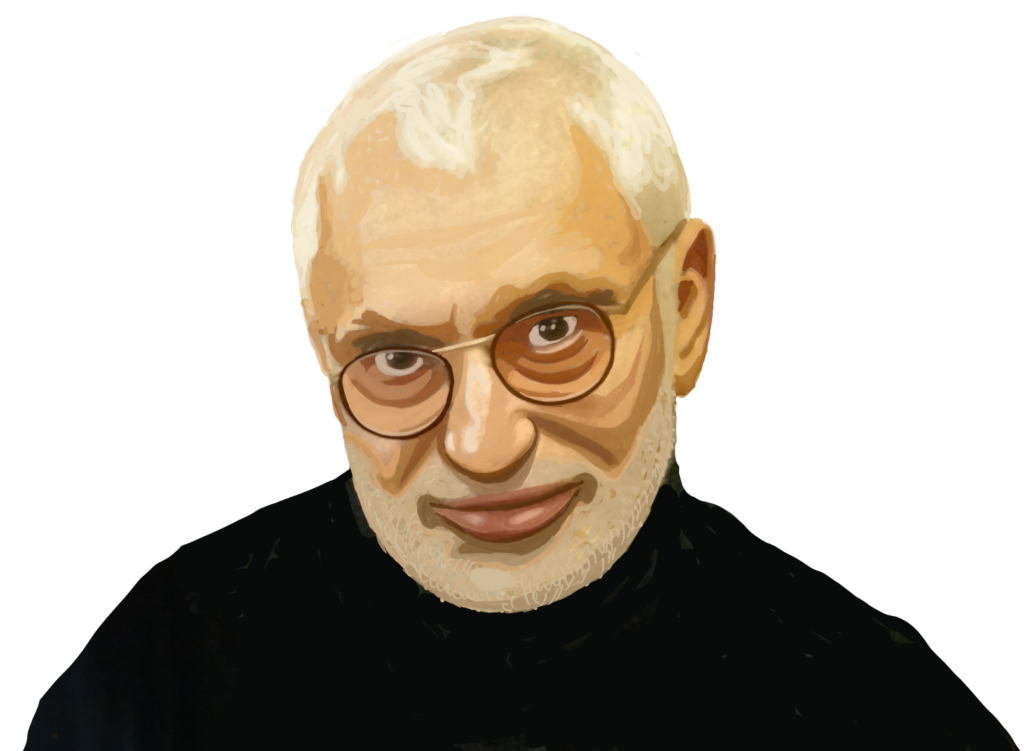 I am a computer graphics researcher and professional cartoonist. I started to publish cartoons when I was 17 years old, in 1976. I was also very good in science and mathematics. In the same year, I got a high score in university entrance exam and started Mechanical Engineering program in Istanbul Technical University (ITU). In the meantime, I continued to draw cartoons. I became a computer graphics researcher much later (see below). 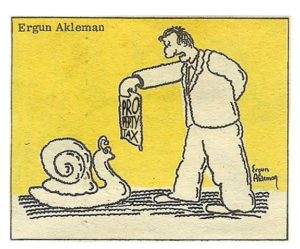 Figure 1. This is my first published cartoon in 1976. I was 17 years old high school student by then. I made approximately $100, but I needed to draw this at least four times before publishing.

It was also 1981, I discovered IEEE Computer Graphics & Applications journal in the library of Electrical and Electronic Engineering department. I immediately realized that Computer Graphics is perfect area for somebody like me, who is interested in art, science and mathematics. I worked as a graduate teaching assistant in ITU helping programming and computer engineering courses. In the meantime, I continued to work as a cartoonist and illustrator. I also started to write short articles in the newspapers. Then, I got PhD scholarship from Ministry of Education in 1984. By then, I did not know English. With the scholarship, I first came to US to learn English and then I started Electrical & Computer Engineering department at Georgia Tech in 1985. 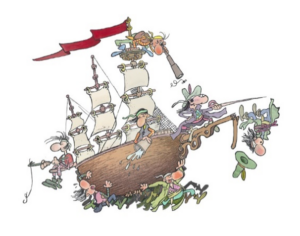 Atlanta’1989 was my first SIGGRAPH. There is also a story here. Bruce Naylor was in Georgia Tech when I was still learning English in English Language School. I audited his Computer Graphics class in 1985. However, Bruce Naylor left Georgia Tech immediately after that. I informally worked with Michael Barnsley, who was in Mathematics department. In Math department, they allowed me to use Silicon Graphics. It was fun, but Computer Science did not hire anybody for a while. In the meantime, I had passed all my exams for Ph.D. It felt like there was nothing going on in Georgia Tech in terms of Computer Graphics. I did not want to go to another university to start again. I began to consider returning to Turkey. Then, 1989 ACM SIGGRAPH came to Atlanta. I was so excited. In SIGGRAPH 1989, I also learned that Larry Hodges was coming to Georgia Tech. The first day Larry Hodges came to Georgia Tech, I went to his office and started to work with him as PhD student. Then Georgia Tech started to invest to Graphics again. Jim Foley, Brian Guenther, and Holy Rushmeier came early 1990’s. GVU is founded. I became first graduation of GVU.

SIGGRAPH 1989 is my favorite. Going to SIGGRAPH in 1989 made me fell in love again Computer Graphics. I also went to Dallas and Boston conferences. Those were great moments of my life. Almost everything excited me. I collected all course-notes and previous proceedings. I still have a decent collection of proceedings starting 1982.

I have a strange mix of personality. In the one sense, I am theoretician working on topological and geometric modeling. On the other hand, I am very practical person producing illustrations and cartoons. My favorite project is always next one. I have too many ideas that I am always afraid that I would die before sharing and completing most of them. My most popular work was the development of a Topological Modeler, called TopMod3D, based on Graph Rotation Systems. On the other hand, I think my biggest theoretical contribution is “block meshes” paper [1], which can lead TopMod4D that can eventually change how we make modeling. But there is a need for a significant work of implementation. 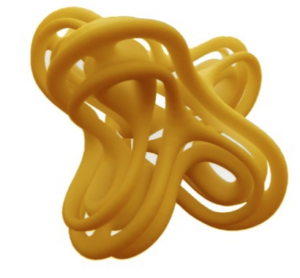 Figure 3. This is an early 3D printed sculpture designed in TopMod3D.

For different fields, I have different heroes. For comics, my favorite has always been Rene Goscinny, who is the creator of Asterix, Lucky Luke, Petit Nichola and countless other comic books. For cartoon, I would choose Guilermo Mordillo. For mathematics, it is Leonard Euler. On the other hand, I am impressed more and more people now. I am currently working on a project drawing scientist to popularize our scholarplot.com site. To draw scientists, I also read their lives and as a result I become more and more impressed by their contributions and achievements. For instance, I realized that Johann Lambert had much more contributions than I have originally thought. He could be considered one of the true pioneers of visualization. 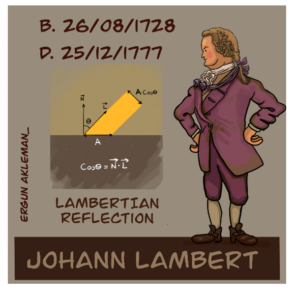 Another such example Brooke Taylor, who was also a great artist and contributed concept of perspective. 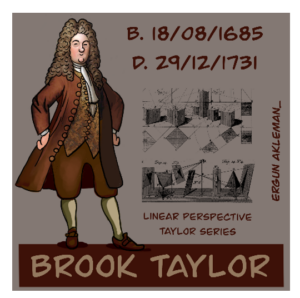 We need to art and science history in conjunction. There is so much to learn from comparative history.

I have a significant hearing loss. When I was a student, I could not hear the teacher. I thought that it was normal. I, therefore, accustomed to figure out things by myself by filling gaps by partly reading lips. Since I appear to be a functioning person, this disability sometimes creates problems in social interactions. The people do not realize that I do not hear. They think that I deliberately ignore them, which is unfortunate. I, therefore, try to inform people that I do not really hear. My last hearing aids turned out to be better than the previous ones. I now able to use hearing aids continuously.

Many people taught me in explicit or subtle way. In Georgia Tech, Michael Barnsley; Ian Akyildiz, Huseyin Kocak, My advisors Larry Hodges and Russell Mersereau; my older Colleagues in Texas A&M, Bruce McCormick, Don House, and Fred Parke; and of course my longtime collaborator Jianer Chen. The list is even longer if we consider subtle impacts. For instance, when I was a PhD student, I gave one of my papers to Jim Foley to get his input. It was full of theorem and proofs. He asked me why there was no Figure in the first three pages. Now, I put a Figure in every page of my papers. Sometime a single comment can change how you see the things.

If I reduce it to single person, on the other hand, I would choose Oguz Aral, the editor of Girgir. I now realized that my attitude for research directly comes from what I learned from him when I was a high school student. He used to tell us “this has been done before.” To avoid doing something that has been done before, I always try to choose roads that are less travelled. Choosing fringe directions is usually costly for researchers since we do not get many citations. Fortunately, I can afford it since I am in a transdisciplinary department that combines art and sciences. 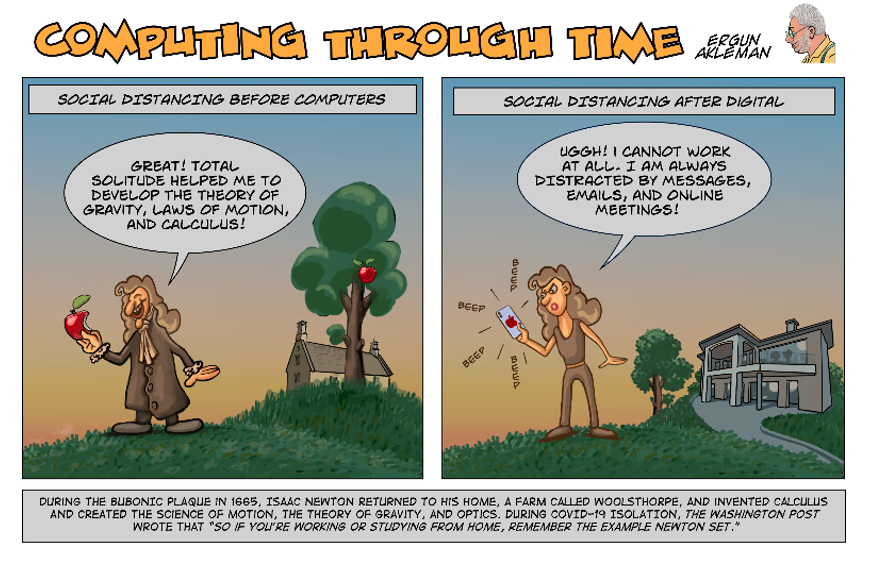 Figure 4. An example of my recent external service. A cartoon from bi-monthly Computing Through Time cartoon series drawn for IEEE Computer magazine.

I have reviewed submissions almost any venue in SIGGRAPH. I have also published and exhibited work in wide variety of venues from technical papers to posters, talks and art exhibition. However, I cannot say that I work with ACM SIGGRAPH. I did not truly lead any efforts. If I single out one person who gave me some responsibility, that is special conferences chair, Joaquim Jorge. I represented a few specialized conferences such as Shape Modeling International and Expressive in SIGGRAPH specialized conferences meeting.

I think my proudest moment is figuring out the observation that through edge twisting we can obtain complex knot structures from woven objects to braids (see Figure 4 for an example). Edge twisting along with edge insert, create vertex, and splice operations provides an algebraic framework with minimum number of operations to design 3-manifold meshes, whose immersions can theoretically provide a wide variety of shapes from solids to knots [1]. However, there is still a significant amount of implementation work to develop a practical system. 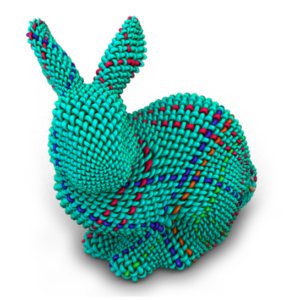