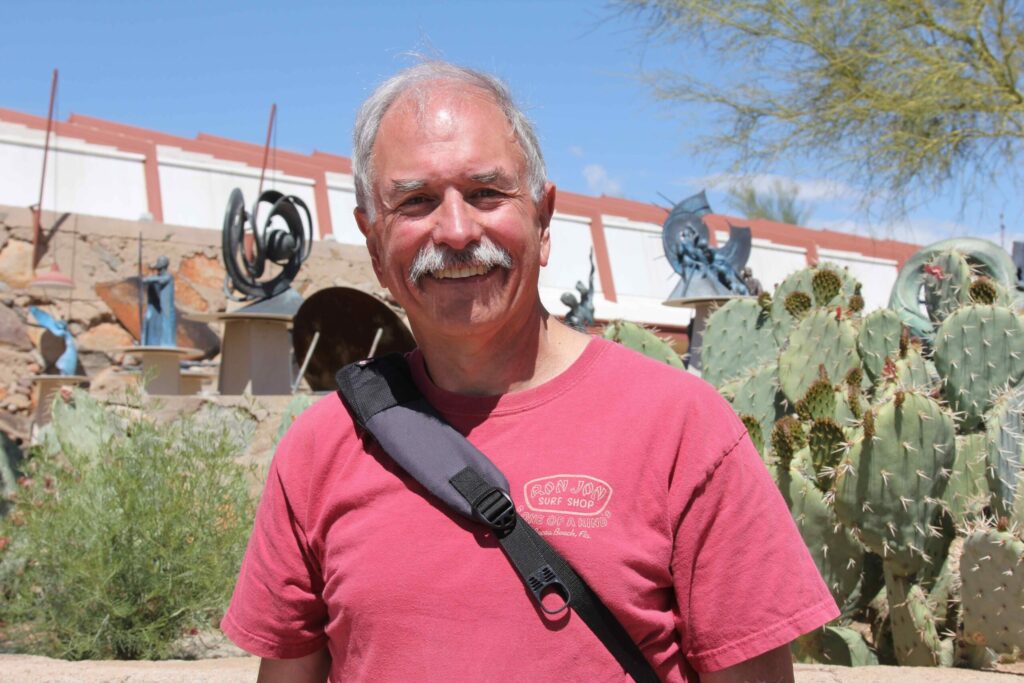 I have this great job: retired. Been doing it for 4 years and loving every minute even though I’ve been recently accused of not really knowing what ‘retired’ means. Doesn’t mean I’m not still engaged in computer graphics and interactive techniques. I’m still a regular SIGGRAPH attendee, do some consulting and writing, and serve on the Advisory Board for IEEE CG&A. Definitely not bored.
My last job was a 35-year stint at the Boeing Company. Great job. My specialization was visualization and interactive techniques. In that role, I did everything: developed a commercial CAD/CAM system, spearheaded Boeing’s efforts in Massive 3D Model Visualization and in low-cost 3D visualization, and led Boeing into the world of visual analytics. I had just as much fun was working on research with international universities and mentoring younger Boeing staff members.

I was recruited out of graduate school (where I received an MS in Computer Science) to work at Battelle-Columbus Laboratories. My hiring manager and I formed the Lab’s first graphics group in 1972. Battelle was another fun place to work with lots of disparate technology (lasers to forging turbine blades to perfecting xerography), decent computer graphics hardware, and loads of opportunity. I loved the environment but Columbus OH was pretty awful compared to Seattle.

My two-person graphics group in Ohio was working on a project that involved assessing state-of-the-art 3D graphics systems for a government agency. We heard about a first-of-its kind graphics conference get-together in Boulder in the summer of 1974. The idea was to meet many of the computer graphics principals there. The scheme worked, the project successful, and my attendance at SIGGRAPH became an annual event (every North American conference since 1974). Battelle was great and supported conference attendance even before SIGGRAPH. My first was the 1973 UAIDE conference for microfilm recorders.

There are so many. I’ll just list a few: 1979’s thunderstorm in Atlanta that knocked out all power during the Electronic Theater; 1980’s standing ovation for Loren Carpenter’s Vol Libre during the technical program; starting the mentoring program for underrepresent populations in 2003; receiving the Service Award in 2012.

The SIGGRAPH conference has done all sorts of experiments to showcase cool, new work. When ACM celebrated its 50thbirthday in 1997, the organizers recruited me to lead the advanced technology exhibit at the San Jose Convention Center. The theme was what will computing be like in 2047. Sounds easy, huh? Unfortunately, ACM had initially floundered in its effort to organize the exhibit in a 100,000(!) sq. ft. space. I was recruited 10 months before the event and had to start from ground zero. For some unknown reason, I said ‘Yes.’ I recruited SIGGRAPH people I knew and could trust: Jeff Mayer to design the space; Mike Weil and Paul Graller to manage the exhibitors; Dave Spoelstra to help with networking; Marshall Pittman to be Marshall Pittman, the guy who would do anything; and on and on. I recruited lots of the exhibitors, many of whom had SIGGRAPH Emerging Technologies ties. We designed a theme of an archaeological dig to look back from 2047 at advanced technology circa 1997. The event was open to the public. Amazingly, we pulled it off.

I love discussions with people who are a lot smarter than I (and there are many), especially when they’re funny, too. As of today, I’d pick Mark Twain. Apparently, my hair lady thinks I resemble Mr. Twain more and more as my hair grows and get bushier.

As the product of a Jesuit education, my modern language in high school was Latin. My classic language was Homeric Greek.

On the personal side, I pick my wonderful wife Jan Levine. She’s taught me with patience and humor.

On the professional side, I pick my first hiring manager, Ed Edwards. Ed set me up in a lab filled with equipment to play with and just let me go. He taught me how to deal with people, something I could have easily failed. The relationship lasted from 1972 through years at both Battelle and Boeing and after his retirement a few years ago.

10, Is there someone in particular who has influenced your decision to work with ACM SIGGRAPH?

In the early years, I give Ed Edwards credit. He believed in the power of peer-review and learning outside the organization. In later years, I give credit to Jim Thomas and John Dill. Both gave me opportunities to lead various parts of conferences and understood my technical contributions to user interface software.

Boeing name me Senior Technical Fellow in 2007. I was only the third computer person to achieve Boeing’s top technical rank since the program’s inception in 1988. On the professional aide, ACM named me a Fellow in 2013 and I received the 2012 SIGGRAPH Outstanding Service Award. It was particularly cool to have my young high school student mentee and wife at the 2012 ceremony.

My truly proudest moments are seeing my Boeing and SIGGRAPH mentees succeed and watching technology that I helped to invent used to build real products (like airplanes).