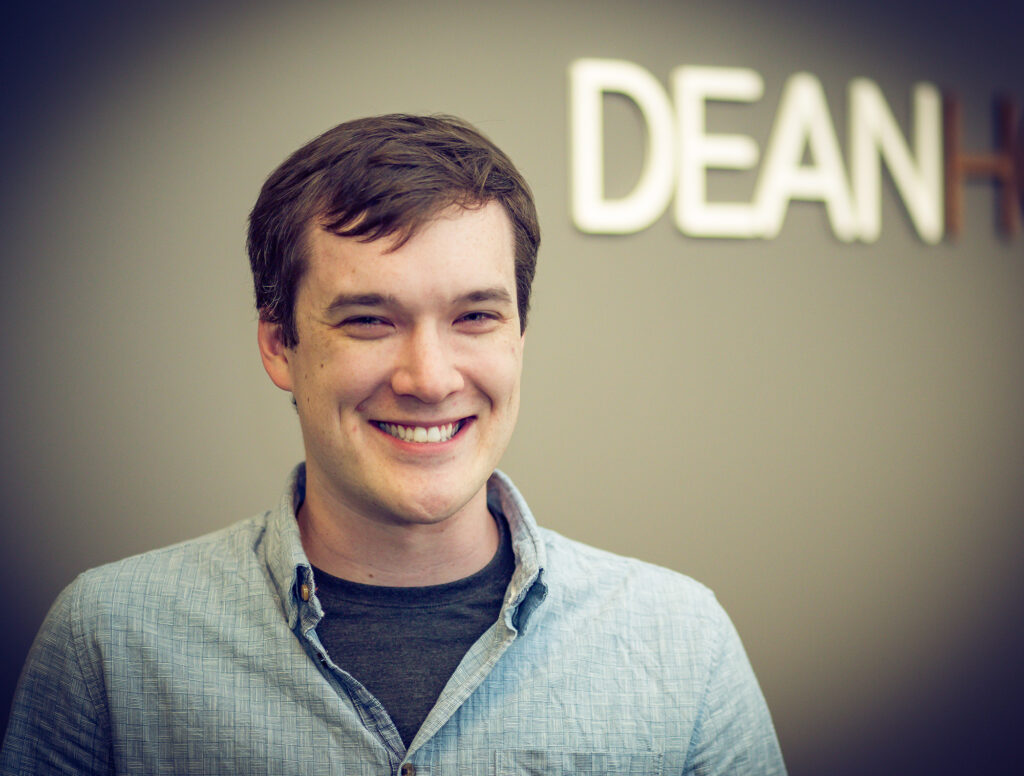 I am a3D Animator / VR Developer, I have been working at a DeanHouston in Cincinnati Ohio as my first 3D job for the past 6 months.I recently was pursing various startups and in the past year I was the Director of Operations for Nectar Game Studios. For the past two years I have organized my local IGDA (International Game Developer Association) chapter here in Cincinnati and am heavily involved with the startup community. Our Goal is to help encourage and educatethose curious about game development abouthow to get started and what it takes to make your own studio.

My first job out of college was as a Rapid Authoring Developer at Tier1 Performance Solutions. I created eLearning courses for various companies and was the resident gamification guru designing different gamified platforms for learning possibilities.

My real first job was a host at a localrestaurant.

I attended Northern Kentucky University where I received a Bachelor of Arts in Media Informatics. It gave me the foundation I needed to pursue a VFX and Game Development career.

I was a senior and my professor, Renee Human at NKU,mentioned the SIGGRAPH conferencein our classes as THE place to go to for networking. I was a lucky enough to get into the Student Volunteer program in 2015 and it was the best experience I’ve ever had. The SV community is great and I still keep in touch with a lot of the volunteers from that year.

Aside from all of it you mean? Meeting everyone is always great because there are so many attendee’s and SV’s that are super talented and have such different backgrounds. It isgreat meeting everyone. If I had to pick one moment though, it would be when I attended a talk Blizzard was putting on for Overwatch’s launch trailer. It had members of their Cinematic’s team talking about how certain shots were made and even showed reference footage of one of their Animators smashing his hits fists on the ground so they had an idea of how to animate Winston. To this day I can’t play Overwatch without thinking of that clip. On my way to the Animation Festival, I was also able to catch one of the panelists and talk about VFX some before the show. He gave me great advice and is one of the reasons why I’m pursuing VFX as a career.

I’m currently learningworking on a game at the moment and doing a lot of my 3D work in Houdini. I’d love to show others the power that Houdini has inside of game engines in creating procedural props and buildings. To my knowledge Houdini is one ofthe tools in VFX. Houdini hasjust recently been making a big push for game development and has made development time go much quicker with how the models are constructed.

It would have been great to meet Satoru Iwata, Nintendo’s former CEO. Hehad such an interestingcareer and had a hand in building some the most popular studios. Both from a business perspective and a creative, he ran one of the longest running gaming studios to date but also had the creative background to work on games himself. If there was a bug in the code he’d switch gears and stay late to help fix it.

I’m a huge metalhead! Death Metal, 80’s thrash metal, folk metal, you name it! I can give you a band, where they are from, and why they unique to me. But I also volunteer at a local high school helping students with code challenges, video productions, and photography. It’s not even my high school that is hosting this but it’s something that I didn’t have and wish I had something like this. Plus I think having someone with experience telling studentscertain tips at an early age is very beneficial for them.. It’s nice to see students progress over the year taking your advice to heart and making some awesome content.

I’d have to say my father and his work ethic. From an early age, I learned from him thatwhatever the job was, just be there on time and do yourbest. If someone tells you that you can’t do something then prove them wrong. It’s fascinating how many different ways, this advice, over the years transforms and makes a huge difference. For a good while even after I graduated I didn’t know what I wanted to do. I knew I wanted to do something in games or entertainment but not what that actually was. I don’t classify myself as a “Developer” or an “Artist”, I was more of a generalist. So I literally went to the Rodeo FX jobs page, picked a job I was interested in and started learning the tools needed for the position.

I couldn’t possibly list everyone but Renee, Casey, Alex and the SV Team Leaders. Theymade my first SIGGRAPH experience an impactful one and only wanted to help share what SIGGRAPH has to offer and support the conference.

Taking a year to pursue a startup was an extremely risky thing to do but what I learned from that was extremely valuable. At the moment, I am workig on my first3D gig and I’m pushing to learn as much as I can each day on various projects at home so I’m sure my proudest is going to get overlapped here soon.Each day I “Do what you need to do now so you can do what you want to do later” – Phillip Defranco – so far it’s working.