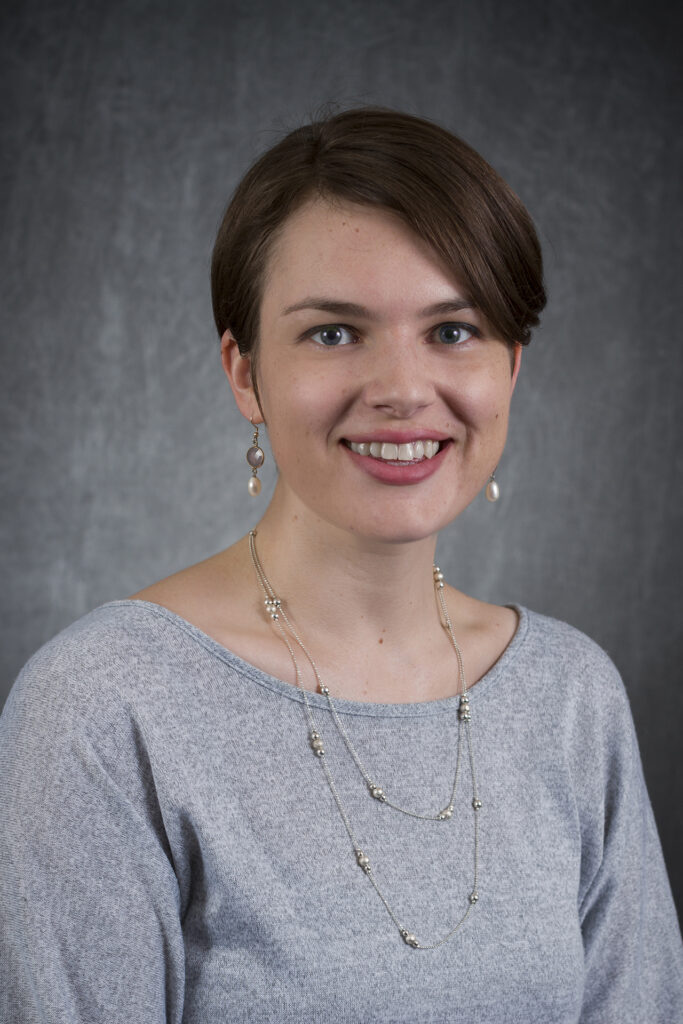 I am a Multimedia Developer at Arizona State University where I have been for the last 10 years! While we predominately produce video and create course-related media, I have the pleasure of working on a wide variety of projects in video production, motion design, and Arch Viz with a wonderful creative team. I also teach part-time for the Ira A. Fulton School of Engineering, Graphic Information Technology program.

My first job was at Blockbuster Video! I have always loved movies, television, and video games so it was the perfect first job to get more exposure and meet people who were into those things.

I am a Sun Devil for life; I have both my BFA in 3D Animation and my MS Tech in Graphic Information Technology from Arizona State University!

My getting involved in SIGGRAPH seems like such serendipity. In the Fall of 2007, while waiting at a doctor’s office I was flipping through a magazine and came across a full page ad for SIGGRAPH. I had just taken my first class using Maya and my school’s program was so small that we didn’t have a lot of resources so it really grabbed my attention. I am ashamed to say, I think I tore that ad out of the magazine and took it home with me. Since I had never heard of SIGGRAPH I looked it up online, saw they had a student volunteer program, and applied for 2008. I couldn’t believe it when I received the letter that I had been accepted. No one else I knew had ever gone, I attended completely naïve of the community, but it was such an incredible, welcoming experience, and I met so many amazing people with whom I am still friends!

I have made so many wonderful memories and friends over the years because of SIGGRAPH; some of my favorite were doing chalk illustrations on the plaza in New Orleans, going to the CAF with fellow volunteers, both getting a mentor and then becoming one! But if I had to pick a single memory, it would be more of a feeling from the very first year. Walking through the convention center after my first few days as a student volunteer I remember being struck with an overwhelming sense of awe and inspiration, energized after seeing so many new and exciting things, meeting incredible people from all over the world – after that I began to evangelize it to the underclassmen even after I graduated. I still do.

While I usually work in After Effects and focus on motion graphics, lately I been working on creating virtual backgrounds based on campus architecture, using Blender to model 3D spaces. I then render these and create layered files in Virtual Set Editor for live keying on a Tricaster or as post-composite background of green screen footage taken from a modified One-Button Studio system. I just created some lovely sets for our undergraduate initiatives but I mostly want to share this because I’d love to connect with other individuals who are working in Arch Viz, building 3D virtual sets, using NewTek’s Virtual Set Editor, Penn State’s One-Button Studio, or doing any sort of educational production in general. Please reach out online or at one of the SIGGRAPH Education Committee meet-ups!

My brother. He is alive and well, I just rarely get to see him anymore and even if I saw him every day I know we could talk for hours.

Most people know I enjoy drawing, but maybe only a few people know I also enjoy writing. Someday I’d like to write and illustrate a children’s book; though it may have to wait until my child is a bit older since as a new mom I have no free time.

My co-worker, collaborator, and friend Jeff Hough has probably taught me more about production, file organization, cable wrapping, professional relationships, and being a good person than any other person in my life outside of my family. Though my high school marching band teacher comes in a close second for teaching me, “to be early is to be on time, to me on-time is to be late, and to be late is unacceptable.”

I think the community itself influenced my decision – SIGGRAPH is so welcoming, supportive, it embraces all skill levels and perspectives that it really feels like a force for good and I want to be a part of that. I want to help other people who may be just starting their journey, provide them with resources, and share that sense of awe and inspiration I felt. There are a whole lot of someone’s that influenced and continue to influence me: Jeremy Kenisky head of Student Volunteers my first year, Sarrah Vesselov who encouraged me to become an S3R3 mentor, Corinne Price and Chris Van Noy-March for my XSV experience, Mikki Rose, Alex Bryant, and Natalie Rountree who are unflaggingly dedicated to being supportive, amazing humans, and of course Ginger Alford and Kevin McNulty who helped me transition into the amazing Education Committee.

It might be being asked to fill out a SIGGRAPH Member Profile; that means I’ve arrived! But in truth, I think getting some of my first student feedback surveys was one of my proudest moments. There were things I needed to improve but hearing from students that they found value in the knowledge and skills I shared, that they enjoyed my class, their words brought me to tears. Genuine, overflowing, happy tears.