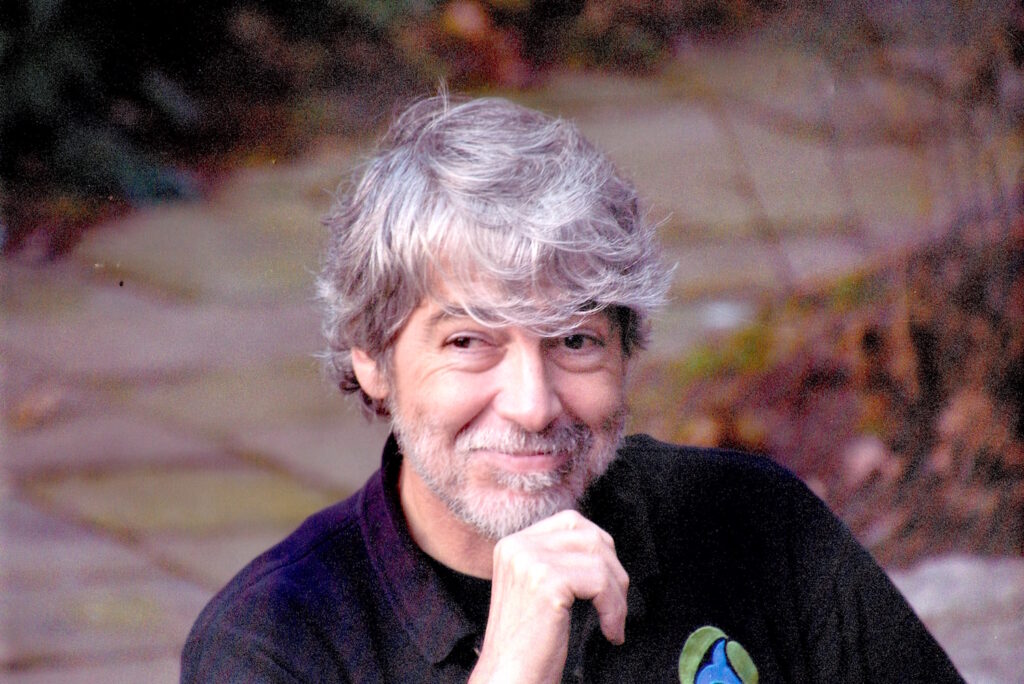 This question has two aspects that are equally important to me: what I do professionally and what I do as an ACM SIGGRAPH volunteer. Let me address both of those for you as they are so tightly integrated that it’s often hard for me to determine where my professional activity ends and when my volunteer activity starts.

I’ve been doing computer graphics since the mid 80’s. I was hired by Nicholas Negroponte to work in the research center he set up in Paris at the time, CMIRH. There I worked with Henri Gouraud and discovered computer graphics.

I’m assuming you mean my first job after getting my graduate degree, otherwise I’d have to answer meat delivery boy when I was 14 in Queens, NYC. My first research position was at CNRS in France where I was doing research in performance modelling to determine the performance of massively distributed systems. I had the pleasure of working with Danny Hillis to model the performance of the connection machine before it was actually built at the time.

I did all of my college degrees in Paris, France across several universities while studying at l’Ecole Normale Supérieure de Cachan.

One of my favorite memories of a SIGGRAPH conference has to be SIGGRAPH 1998 when, after 2 and a half years of development effort, we released Maya 1.0 in February of 1998, then released Maya 1.5 in July of 1998 with a Windows version that no one expected we were actually working on. I was director of engineering on that project with Venu Venugopal and Gary Hooper. It was probably the most exciting period I have ever lived through. We knew we had developed something really special, but really couldn’t judge its true impact until the SIGGRAPH conference that year. The enthusiasm around our product was so phenomenal. It was amazing! What was even more surprising was how enthusiastic the response to the Maya 1.5 release at the conference was when we announced Windows support after a secret development effort that I had led.

My other favorite SIGGRAPH memory was when Patrica Beckman Wells presented me with LEGO Alain as a thank you gift for helping her out on her doctoral thesis, He has since traveled the world with me and we have captured over 4000 pictures of him with key SIGGRAPH people over the years! Follow LEGO Alain on Facebook at: https://www.facebook.com/LEGOAlain/. 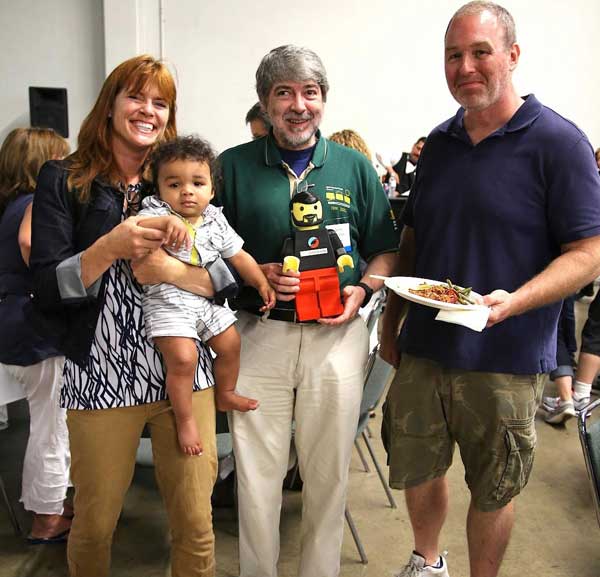 The most exciting project I led at SIGGRAPH was the development of the SIGGRAPH Asia conference. During my Presidency I wanted us to look at broadening SIGGRAPH internationally. We launched a mission to evaluate the potential of creating a conference in Asia. This study was led by Y.T. Lee from NTU in Singapore. The results came back in overwhelming support of developing a SIGGRAPH branded conference in Asia. That conference is now a reality and has, in its very short lifetime managed to become one of the top 5 conferences that ACM sponsors every year!

I’ve already had the extraordinary privilege of sharing dinner with some of the key people who have shaped our field such as Jack Bresenham, Pierre Bézier, Henri Gouraud., Henry Fuchs, Don Greenberg, Ed Catmull, Craig Reynolds, Ken Perlin, Paul Debevec so many others! I would have loved to share dinner with key researchers who developed the math that led us to where we currently are in order to understand where they got their inspiration from!

I’m guessing that most people don’t know that I’ve actually trained to become a clown. Right after presenting my doctoral thesis, I went through a very difficult period of my life where I questioned a lot of my choices. As part of that reflection I decided to sign up for a course that I saw advertised at my University to learn to become a clown. This training opened up a whole avenue of new ways of looking at the challenges I was dealing with at the time and I still use that training when I address large numbers of people in public settings. did I mention that I am an off scale introvert and have learned to dominate my fear of crowds via my clown training and the heavy improvisational exercises it involved? The whole decor in the room I am presenting in could suddenly go up in flames and I feel confident that my clown persona would step in to make it look like it was all designed while still getting folks to head for the exits quickly!

Very early on in my career I was hired by Nicholas Negroponte to work at his research center in Paris. He challenged me to go way beyond what I thought I was capable of doing. He taught me to believe in myself and stand up for what I believe in.

The most influential people were Judy Brown and Steve Cunningham. they believed in my potential and convinced me to run as vice chair when I was a very young volunteer in 1995, They coached me through my earliest mistakes as vice chair once I was elected and pointed out what I needed to work on. Their coaching and trust were very important for me to learn how to grow in my volunteer capabilities. I could never have grown into the positions I’ve since held both at ACM and at SIGGRAPH without their coaching.

My proudest moment at SIGGRAPH was this year when my youngest son ran for chair of the Toronto SIGGRAPH chapter! The results aren’t in yet, but my sense is that he stands a decent chance of getting elected. I had already convinced my mother to volunteer to run the SIGGRAPH traveling art show several decades ago, so this looks like the start of a multigenerational Chesnais family trend. I just have to wait for the next generation to start volunteering for SIGGRAPH!