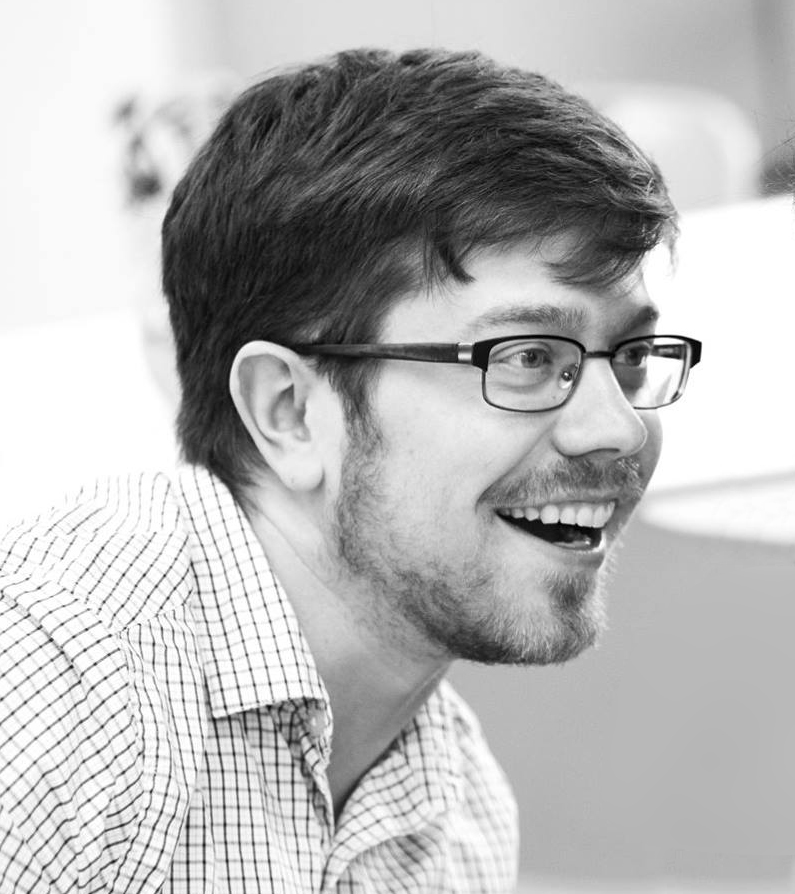 I’ve been an FX TD and visualization programmer (different sides of the same coin) since 2009. I’ve spent most of my career at the National Center for Supercomputing Applications turning enormously complex computer models of physics into pretty pictures for documentary films. I took a brief sabbatical to join the “Interstellar” FX team at Double Negative.

I worked the salesfloor at Target.

I got my BS in Computer Science at the University of Illinois at Urbana-Champaign (UIUC). Currently working on an MS in Educational Technology.

Through an unlikely connection, a friend and I found ourselves in charge of escorting film actor Richard Dreyfuss around the conference for a day. When filling in the registration form, in the line for occupation he put “Inventor”. We then witnessed him spend hours wandering around Emerging Technologies, literally crawling around on his hands and knees to see if the exhibits had more secrets down on the floor, and then proceeding to lecture the presenters on how important the loss of American Civics education was.

Speaking of American Civics – my current project is called “Get Out The Vote”. It’s not particularly high-tech but it’s extremely important for technology policy to be made competently (free and open internet, ensuring a right to privacy, ethics of images that lie, etc.) I’m on the ballot to become a precinct captain. Even if you don’t care for federal politics, vote local – that stuff really matters!

Toni Myers, the IMAX director known for turning musicians and astronauts into film stars. I got to work with her on two projects before she passed away last year, and I have a profound respect for how for any audience she could turn the world into poetry. I’d love to have one more dinner with her.

I managed to win the passport game by filling every spot in it with a stamp!

Donald Trump. There are so many things I thought I knew about American government that turn out to not be true when stress-tested. My mom taught me how to stick up for myself; my high school English teacher taught me the true meaning of creativity; my boss Donna Cox taught me how to build an ethical career. But if one person was responsible for blowing my mind more than anyone else, it’s definitely Donald Trump.

Alain Chenais encouraged me to be ambitious in the organization long before I seemed competent. When I was in college, I told him that I wanted to be Director-At-Large, and he laughed because he knew I didn’t know what it meant, but encouraged me to work my way there all the same.