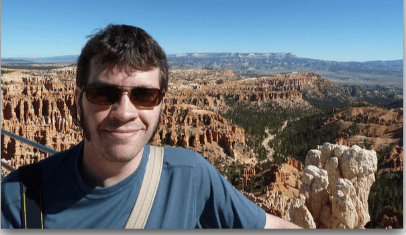 In high school I worked with all the cool kids at Taco Bell.

I received my PhD from the University of California, Berkeley.

I first attended SIGGRAPH in Los Angeles in 2001.  The combination of art and science and academics and industry was truly exciting and inspiring; I was hooked immediately and I haven’t missed a SIGGRAPH since.

5. What is your favorite memory of a SIGGRAPH conference? The impromptu first “special session on whiskey fluids” in 2006. It is now a tradition we have managed to keep going for over a decade.

Currently, I’m really excited about combining physics-based animation with artistic input to create stylized, dynamic, interactive content. Much of my previous work has targeted offline applications such as special effects in film, but interaction is more exciting than passive observation and high-quality interactive animation is now becoming feasible.  Unfortunately, creating animation content has always been difficult and time consuming, even more so in interactive contexts where artists seek to define behaviors that will generalize to different user input.  My goal is to make creating interactive content as easy and intuitive as taking a selfie and applying an instagram filter.

Bill Murray because I could use a little more eccentricity and randomness in my life.

I didn’t realize I had a favorite color until I was in my 30s; it is green.

My wife has taught me an awful lot about life, the universe, and everything.

My PhD advisor, James O’Brien, first introduced me to ACM SIGGRAPH and encouraged me to get involved throughout my career.

Every time a student passes a milestone, but especially when they defend their thesis.