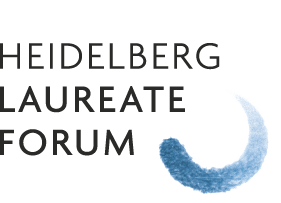 The Heidelberg Laureate Forum was created by the Klaus Tschira Foundation, the Heidelberg Institute of Theoretical Studies, ACM, the International Mathematical Union, and the Norwegian Academy of Science and Letters to provide an opportunity for young researchers to spend a week with winners of the ACM Turing Award, ACM Prize in Computing, Abel Prize, Nevanlinna Prize, and Fields Medal.  To date five have been held and all have been viewed as a major success by the laureates and the 200 young researchers in computer science and mathematics who attended each forum.  Details can be found at http://www.heidelberg-laureate-forum.org/.   The inclusion of the ACM Prize in Computing began in 2017 and will continue to further enrich the computing content of the Forum.

To be considered for the Heidelberg Forum, young researchers can either apply directly www.application.heidelberg-laureate-forum.org  or be nominated by a colleague (or professor, mentor or manager) who can attest to the quality of their work.  Nominations will likely carry a bit more weight within the selection process and can be made at  https://application.heidelberg-laureate-forum.org/intern/reg_nom_registration_for.php  but require ACM-specific credentials.  If you or a colleague would like to make a nomination, the ACM “Organization Number” is ACM58372.  Applications and nominations must be completed by February 9, 2018.

ACM has engaged in helping create the Heidelberg Forum to raise the visibility of both the Turing Award (computing’s most prestigious award now with an annual prize of $1Million), the ACM Prize in Computing, and the computing discipline worldwide.  I hope you will share this information on the Heidelberg Forum with colleges and students … and I hope your department (or school or laboratory or center) will be the source of several applications or nominations.