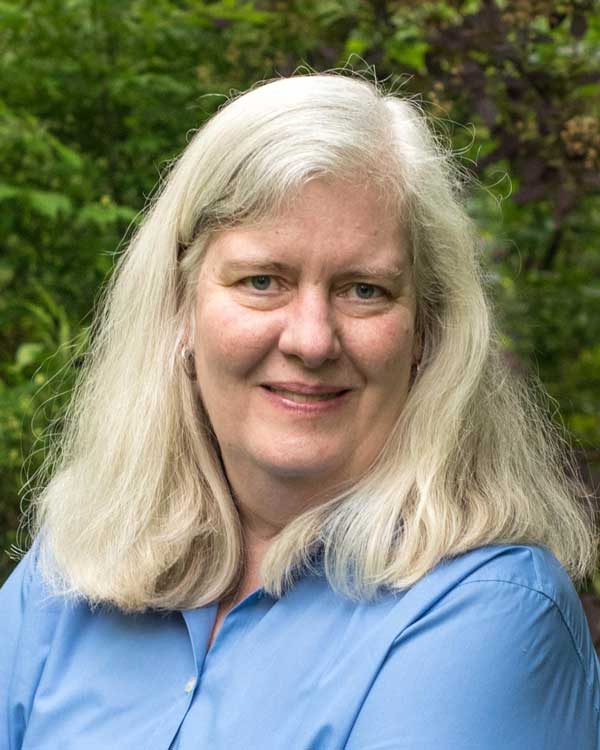 The Association for Computing Machinery’s Special Interest Group on Computer Graphics and Interactive Techniques (ACM SIGGRAPH) is pleased to announce Jessica Hodgins, Professor of Computer Science and Robotics at Carnegie Mellon University (CMU), as the 2017 recipient of the Steven Anson Coons Award for Outstanding Creative Contributions to Computer Graphics.

Selected as this year’s recipient in recognition of her foundational work in character animation, her support and cultivation of emerging researchers, and her extensive volunteer service to the computer graphics community, Hodgins exemplifies the type of leadership and career-spanning achievement the Coons Award was created to honor.

“Jessica has made a meaningful and lasting impact on the field of computer graphics; not only from her impressive body of work, but from her mentorship and her many years of service to our community,” said ACM SIGGRAPH President Jeff Jortner.

A pioneer in the use of physical simulation and control as a means to produce character animation, Hodgins has been passionately involved in computer graphics for most of her career. She played an important role in developing library-based control, such as motion graphs, for both animated characters and for robotics. She also worked on how both animated characters and robots can move in expressive ways, an important ingredient both in entertainment and in human-robot interaction. She has explored ideas about how human bodies bulge, jiggle, and change their shape during motion.

Hodgins’ groundbreaking work linked robotics and graphics, playing a unique role in applying ideas from robotics to animation and vice versa. Her research has advanced the development of realistic computer animations and innovative techniques that are consistently pushing the boundaries in human-robot interaction and humanoid robotics.

Of the many exciting firsts in her career, Hodgins shares that the ability we now have to simulate human motion both realistically and naturally stands out. “Our techniques generate a large variety of compelling dynamic behaviors for fully simulated characters now using motion capture as domain knowledge. When I think back to where we started in the 1990s and the awkward and stilted running that we were able to create then, I have to smile a little at the remarkable improvement in the quality of the motion,” she reminisced. “I’m honored by this recognition and credit my success to the many talented collaborators I’ve had the opportunity to work with.”

Hodgins joined the CMU faculty in 2000 but became part-time in 2008 to help establish Disney Research as one of its cofounders. The group has had a significant and mainstream impact on the field. As Vice President of Research at Disney in 2012, Hodgins led key projects that explored soft tissue dynamics, cloth animation, animation of non-human characters from human motion data, soft robotics, and motion capture from body-mounted cameras. In early 2017, she returned to CMU full time.

Hodgins received her PhD from CMU in 1989 for her work on biped robot locomotion on rough terrain. Shortly thereafter, her dynamically simulated characters burst onto the graphics scene with a paper about animating legged locomotion, which was published at SIGGRAPH 1991. In 1992, Hodgins accepted a faculty position at the Georgia Institute of Technology. Inspired by the 1996 Summer Olympics in Atlanta, she and her Animation Lab produced human animation for a wide array of athletic skills. Through these and other research results, she invented new ways of using physical simulation and control to produce lifelike character animation.

At CMU, she began to investigate motion capture techniques. She made important contributions in this area, including animating avatars from human motion data, capturing and animating skin deformations, and performing analysis of animation in low dimensional spaces. She also established the CMU Motion Capture Database, a public data resource available to computer animation researchers.

In addition to performing groundbreaking research and serving as a mentor to early career graphics professionals, Hodgins has been a highly involved member of the SIGGRAPH community. She cofounded the ACM SIGGRAPH/Eurographics Symposium on Computer Animation, served as Editor in Chief of ACM Transactions on Graphics from 2000 to 2002, was the Technical Papers Chair for SIGGRAPH 2003, and currently sits on the ACM SIGGRAPH Executive Committee.

The Steven Anson Coons Award for Outstanding Creative Contributions to Computer Graphics has only been given to 18 people in its history. Hodgins marks the first female recipient of the award, which was established in 1983 and bestowed only once every two years. The inaugural award was presented to Ivan Sutherland, who is considered by many to be the “father of computer graphics.” Other recipients include Pierre Bézier, Jim Blinn, Turner Whitted, Ed Catmull and Henry Fuchs.