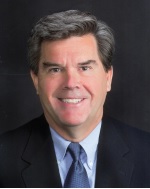 ACM SIGGRAPH is proud to honor Dr. Turner Whitted with the 2013 Steven A. Coons Award.

Turner Whitted was the first to apply the concept of ray tracing to global illumination in computer graphics. The early algorithms cast rays from the eye into the scene until they hit an object, but the rays then stopped. Turner continued the process by inventing recursive ray tracing, in which, when a ray hits a surface, it can generate up to three new types of rays: reflection, refraction, and shadow. This apparently crazy idea — light, after all, travels in the other direction — managed to produce a huge leap in the degree
of realism of computer-generated imagery, while still avoiding the impossibly complex task of simulating the transport of all photons. The tree of rays that results from the recursive ray tracing approach can be used to generate effective antialiasing.

The power of the ray tracing approach was charmingly demonstrated in “The Compleat Angler” (1979), a groundbreaking early ray-traced computer animation that Turner created while he was at Bell Labs.

The simple and elegant ray tracing algorithm formed the basic grounding for the majority of frames rendered in software by anyone, anywhere over a period of more than thirty years in computer graphics.

Turner went on from this remarkable insight to publish visionary and groundbreaking papers in a wide variety of fields with a remarkable set of collaborators. These papers cover topics as diverse as shaders , procedural graphics, graphics hardware, novel sensors, sensor arrays, and many other topics.

Like many of the pioneers of computer graphics, Turner joined the field with an eclectic background that was farfrom computer science and certainly wasn’t computer graphics. Instead his education was in antennas, stability of non-linear systems, and ocean acoustics. These served to make him a great engineer and scientist as well as allowing him to bring his signal processing skills to bear on the problems presented by the new field of computer graphics. Few people, in the early days of graphics, were as closely attuned as Turner to the importance of antialiasing and to practical methods to address it.

Turner joined Bell Labs from NC State after receiving his Ph.D. in 1978. In 1983, he left Bell Labs to establish Numerical Design Ltd. in Chapel Hill, a company that he founded with Robert Whitton to develop toolkits for 3D computer graphics. Turner also held a faculty appointment at UNC Chapel Hill and in 1997 joined the research division at Microsoft. He is an ACM Fellow, a member of the NAE, and received the 1986 SIGGRAPH Computer Graphics Achievement award.

Long active in service to the community (he’s been a member of countless SIGGRAPH technical papers committees), Turner has served on the ACM SIGGRAPH Executive Committee and as ACM SIGGRAPH Papers Chair in 1997. But more important than these official roles, he has long worked quietly behind the scenes for the betterment of the field of computer graphics, doing much to make it into the magical community that it is today.

Although he did not attend the first SIGGRAPH in 1974, he did attend in 1977 and had a paper in 1978. Once he discovered our young community, he also found his intellectual and collegial home. We are delighted to have him as part of our community and to present him with this year’s Steven A. Coons award.