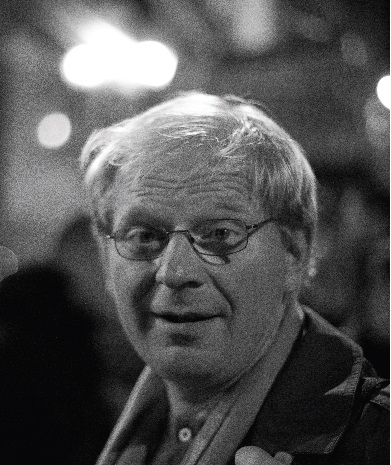 ACM SIGGRAPH is delighted to present the 2010 Significant New Researcher Award to Alexei “Alyosha” Efros, in recognition of his pioneering contributions at the intersection of computer graphics and computer vision, particularly his work in texture synthesis and in leveraging huge image databases.

Efros has published in a variety of areas in computer graphics and computer vision, but his work can be broadly characterized as employing data-driven approaches to solve problems that are difficult to model using parametric methods. For example his work in texture synthesis by example revolutionized an area in which previous researchers had largely employed parametric approaches with moderate success. This work inspired a body of research by other investigators who applied similar non-parametric methods to synthesize by-example in other domains within computer graphics. More recently, Efros, together with his students and collaborators, has addressed the question of how to extract and use the vast visual resources of online image collections. He has developed many creative and novel answers to this question including; creating simple “pop-up” 3D models from single photos, completing holes in photos by searching for suitable fill-regions in millions of Flickr images, using components from photos as clip art, and even digital facial “shaving”. This work demonstrates new synthesis techniques for application in computer graphics — often by adapting methods from computer vision in completely novel ways. Moreover, it demonstrates a major insight of Efros’ research agenda: that the richness and diversity of our visual world requires us to rely on vast amounts of data to understand and model it, and that online image collections provide exactly that kind of data.

Efros offers a fresh view on variety of synthesis problems and his work has already had tremendous impact in the computer graphics community. We are very pleased to recognize his talents with the 2010 Significant New Researcher Award.

Originally from St. Petersburg, Russia, Alexei (Alyosha) Efros earned his Ph.D. at U.C. Berkeley in 2004 under Jitendra Malik, and spent one year as a post-doctoral fellow in Oxford, England. Since then he has been an Assistant Professor at The Robotics Institute and Computer Science Department at Carnegie Mellon University. He served as a Guggenheim Fellow at the École Normale Supérieure de Paris/INRIA in 2009.