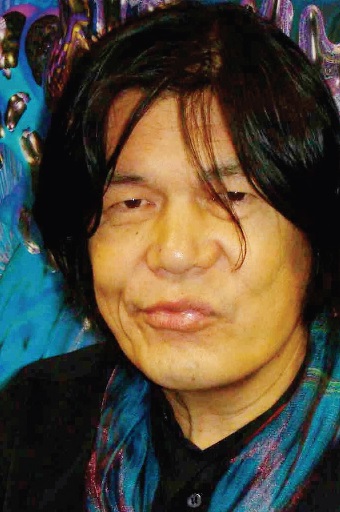 The 2010 ACM SIGGRAPH Distinguished Artist Award for Lifetime Achievement is presented to Yoichiro Kawaguchi for creative and innovative artistry, giving life to a stunning aesthetic derived from his dedicated research in computer technology, biological forms, and contemporary artistic practice.

Kawaguchi is one of the rare individuals who fearlessly experiment in a multitude of directions, weaving together commonalities that give rise to new ways of thinking, seeing, and feeling. With his explorations of the fundamental concepts of “growth”, he crosses the lines between generative art and biological processes, resulting in mesmerizing imagery that strikes a primordial note with audiences, who are lured into his universe by pulsating colors and forms so rich that they provide an irresistible tableau.

Working on the artistic side of Computer Graphics since the 1970’s, Yoichiro’s prolific career began in 3D Computer Animation at Kyushu University (BA) and University of Tsukuba (MFA). Soon after receiving his degrees, he applied his interest in nature to creating GROWTH Model, a Self-Organizing approach to developing a formative algorithm of a complex life form. The resulting paper and works he submitted to SIGGRAPH 1982 contributed to the emerging field of representing natural phenomenon. Since the mid 1980s he has been active in the international community, showing at venues such as Images du Futur in Montreal, ISEA, Ars Electronica, the Venice Biennale, and at SIGGRAPH. He has taught at the University of Tsukuba, and since 1998, at the University of Tokyo. Kawaguchi is a tireless supporter of our community, enthusiastically sharing his work with other artists around the globe. He greets students and colleagues with the same warmth and sincere interest in sharing, continuing to inspire others to follow his lead in explorations with personal aesthetics in the digital arena.

Recently, his interest in collaborations led him to work with performers, merging his dynamic imagery of natural fantasy forms with the movements and forms of human dancers. Similarly, he has collaborated with researchers working on new forms of electronic image output, ranging from the early pioneers of high definition video to those who are bringing digital imagery to our tangible everyday environment through designs on clothing and sculpture. His current research includes exploring large-scale plastic sculptures using newly available materials.

We are pleased to honor Yoichiro Kawaguchi while he is still actively contributing to our field, and we look forward to many more creative years from this innovative and inspirational artist.