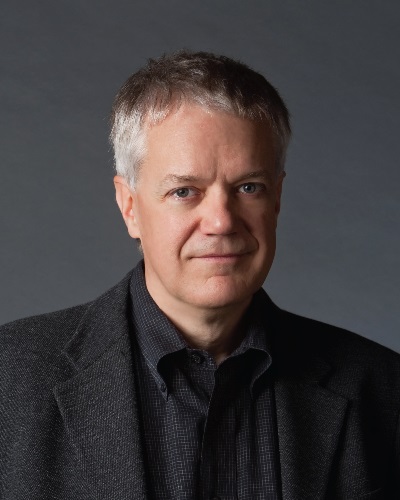 ACM SIGGRAPH is proud to recognize Robert L. Cook as this year’s winner of the Steven A. Coons Award for his numerous pioneering technical contributions to rendering, as well as for his extraordinary record of service.

Rob received a Bachelor’s degree in physics from Duke University, and a Master’s degree in computer graphics in 1981 from Cornell University. After leaving Cornell he was one of the first to join the group at Lucasfilm that eventually became Pixar, where he is currently Vice President of Advanced Technology. In 1987 Rob received the SIGGRAPH Computer Graphics Achievement Award for the work he did at Cornell. In 2001 he, Ed Catmull, and Loren Carpenter, were awarded the first Oscar© for software for their development of RenderMan, and in 2009 he was inducted into the National Academy of Engineering.

Virtually every paper Rob has written has been seminal. This stems in large part from his nature as a true scholar. He strives for a deep level of understanding, and eschews flashy results that are not based on sound underlying principles. He also steeps himself in other scientific and technical disciplines to uncover results that are relevant to computer graphics. These traits were particularly well demonstrated in his Master’s thesis.

At Cornell Rob became interested in physically-based reflectance models. In researching the topic, he ran across several papers written by Ken Torrance, who happened to be a professor at Cornell. Their collaboration led to the now standard Torrance-Cook reflectance model. That work explained for the first time why computer graphics images had previously all looked like plastic. The work also provided the means to create far more realistic images of real materials. Rob extended this work at Lucasfilm with the invention of programmable shading, which enabled the simulation of a wide range of surface appearances. Programmable shading has since become indispensable for visual effects, games, and GPUs. Rob, along with Tom Porter, Loren Carpenter, and Rodney Stock, also developed the idea of distribution ray tracing, which made many visual phenomena, such as motion blur, translucency, depth of field, and glossy reflection suddenly tractable with a single brilliant insight: these phenomena all require integration of incoming illumination, and these integrals can be efficiently estimated by stochastically sampling the integrand. Digging deeper, Rob later published a short treatise showing that distribution ray tracing was in fact an instance of Monte Carlo integration. In that work he also explained why the noisy results inherent in Monte Carlo integration are perfectly suited to the human visual system.

These advances were incorporated into the Reyes rendering architecture, which was created by Loren and Rob to handle large, complex scenes. Rob wrote the software, which was first used for Pixar shorts and Lucasfilm visual effects and then made commercially available in 1988 as the RenderMan renderer. Since its initial release, RenderMan has become a mainstay in the film industry, and remains so today, twenty years later. In the last 15 years, every film nominated for a Visual Effects Academy Award has used RenderMan.

Rob has also had an exceptional record of service to our field: he was the SIGGRAPH electronic theater chair in 1985, the SIGGRAPH technical papers chair in 1995, served on the Executive Committee from 2004 to 2007, and is currently the founding chair of the Papers Advisory Group.

ACM SIGGRAPH is proud to recognize Rob’s achievements with the 2009 Steven A. Coons Award.