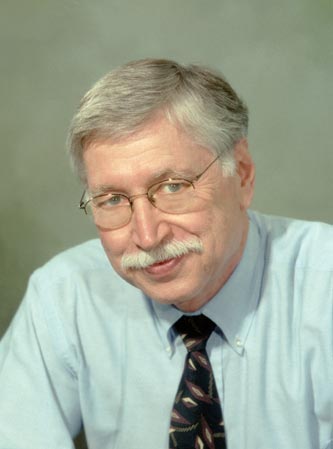 Bertram Herzog is the honored recipient of this year’s SIGGRAPH Outstanding Service Award. From SIGGRAPH’s inception, he has actively participated in both organization and conference activities, serving in technical and managerial roles, with a style and grace that clearly contributed to SIGGRAPH stature as the world’s premier computer graphics professional society. As a computer graphics educator and professional, Herzog has spent his lifetime inspiring his colleagues and students to pursue careers in the computer graphics field and to become active SIGGRAPH members.

In the 1970s, his leadership was pivotal to the SIGGRAPH Core Standards effort. Herzog helped pull together a diverse working group that delivered an exceptional working draft, impacting the international, commercial and academic communities.

In the 1980s, he assisted in the creation of the SIGGRAPH Technical Award Program and was responsible for naming the most prestigious SIGGRAPH award in the memory of his friend and colleague Steven A. Coons. Soon after its inception, Herzog chaired the Award Committee for 14 years, establishing it as a truly world-class event coveted by all computer graphics practitioners.

In addition he taught early versions of short courses and organized sessions at conferences and recently organized the gallery of computer graphics portraits. When asked what SIGGRAPH activities he was most proud of, or what activity/activities did he believe were most significant for SIGGRAPH, Herzog responded, “Each activity was the greatest, but upon reflection, I am forced to pick two activities of which I am both proud and choose to believe them to be significant to SIGGRAPH: the Core Standards and the Technical Awards activities.”

The SIGGRAPH Core Standards activity was inspired by the IFIP Workshop on Graphics Standards Methodology, held in May 1976 in Seillac, France. SIGGRAPH decided to pursue the specification of a standard, the first effort on the part of this fledgling organization to tackle a major technical project. Bert Herzog was appointed a co-chair of the SIGGRAPH Graphics Standards Planning Committee. Drafts of the “Core System” standard were produced, revised and presented within a year at the SIGGRAPH 77 Conference, with a final draft, containing refinements and extensions, published as part of the SIGGRAPH 79 Proceedings (Volume 13, No. 3, August 1979).

His two-year appointment to chair the Technical Awards Committee blossomed into fourteen seasons, a marvelous relationship which he treasures to this day.

Bert’s efforts on the behalf of SIGGRAPH have established many international relationships for SIGGRAPH and brought participants and volunteers to SIGGRAPH. He has been active in ACM, is an ACM Fellow and cochaired ACM’s 50th Anniversary Celebration in 1997.

Herzog obtained his Bachelor and Master of Science degrees from what is now Case Western University and earned the Ph. D. in Engineering Mechanics in 1961 at the University of Michigan. His conversion to Computer Graphics occurred in 1963 when he met Coons and others at an MIT meeting. His academic career included an early association with what is now Cleveland State University, then Case, followed by Michigan and the University of Colorado. Currently, he is associated with the Fraunhofer Center for Computer Graphics in Providence, Rhode Island.