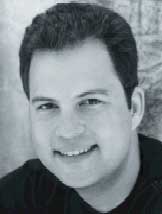 The first SIGGRAPH Significant New Researcher Award is presented to Paul Debevec. This award recognizes his recent creative and innovative work in the field of image-based modeling and rendering.

Paul Debevec earned degrees in Math and Computer Engineering at the University of Michigan in 1992 and a Ph.D. in Computer Science at UC Berkeley in 1996. Having studied both computer graphics and vision at Michigan, in the summer of 1991 Paul combined techniques from each to derive an image-based model of his Chevette from photographs for an animation project. At Interval Research Corporation, Paul contributed to Michael Naimark’s “Immersion ’94” image-based exploration of Banff National forest and collaborated with Golan Levin on “Rouen Revisited”, an interactive 3D visualization of the Rouen Cathedral and Monet’s related series of paintings. At Berkeley Paul joined Jitendra Malik’s computer vision group and for his thesis worked with Camillo Taylor to create Façade, an interactive photogrammetric system for modeling and rendering architectural scenes from photographs. Using Façade Paul led the creation of a photorealistic model of the Campanile Tower and the surrounding Berkeley campus for his 1997 film “The Campanile Movie” and advised on applying these techniques to create the Academy Award-winning virtual backgrounds in the 1999 film “The Matrix.”

Since his Ph.D. Paul has worked to develop techniques for capturing real-world illumination through high dynamic range photography and illuminating computer-generated objects with measurements of real light, facilitating the realistic integration of real-world and computer-generated imagery. His 1999 film “Fiat Lux” placed monoliths and spheres into a photorealistic reconstruction of St. Peter’s Basilica, all illuminated by the light that was actually there. To create realistic renditions of faces, Debevec has worked on developing the Light Stage, a device that allows objects and people to be synthetically illuminated with any form of lighting. This work uses a reflectance field, a way of capturing and representing a 3D object or environment based only on how it transforms incident illumination into radiant illumination, rather than by its geometry and surface reflectance characteristics.

Paul’s series of papers, movies and accomplishments have been a major highlight of recent SIGGRAPH conferences. In the spirit of the very best computer graphics researchers, he has combined his technical and research interests with his artistic sensibilities. His work has already had a big impact on the motion picture industry, and the SIGGRAPH community eagerly awaits his future contributions to our field.