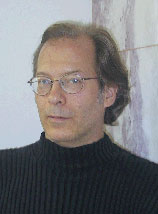 This year, ACM SIGGRAPH presents Dr. Lance Williams with the Steven A. Coons Award for Outstanding Creative Contributions to Computer Graphics. We present this award in recognition of his fundamental and far reaching technical ideas, of his pioneering artistic contributions to the field, and of his generous and unflagging mentorship to many of the leading lights in Computer Graphics research today.

Like many pioneers, Lance began his career in Computer Graphics at the University of Utah in the early 70s. Unlike many others, he joined the graduate Computer Science program there holding a degree in English from Kansas University. Even so, he quickly established himself at Utah as one of the leading thinkers there. Many would seek out Lance to discuss new ideas, as he would never fail to be stimulating and creative. After working on 2D and 3D animation systems, Lance left Utah to join NYIT in 1974. During that time many of his fundamental technical contributions appeared: mip mapping, shadow buffers, facial animation by image warping, and new techniques for antialiasing. Also, his artistic contributions there have a central place in the history of computer graphics. He contributed to “Sunstone,” and he created “the Works,” two of the most important and memorable computer graphics films ever. In 1987, Lance joined Apple ATG’s research group. His influence in this group is legendary, and his accomplishments include work with Eric Chen that marks the beginning of image based rendering, as well as fundamental contributions to motion capture and animation systems. In 1997 Lance joined Dreamworks, and today works at Walt Disney Animation Studios.

Lance’s career has found him at many important centers of Computer Graphics. In each, he has acted as an unforgettable creative force to help catapult the institution to prominence. His technical accomplishments are always marked by fresh thinking and extreme creativity. However, his contribution to these institutions goes much deeper. Everyone who has been privileged to work with Lance (and there are many) remarks on how he has touched them. Lance is famous not only for his vision, but also for his teaching, and for his inspiration and generosity to others. For many, Lance is one of the unsung heroes of our field.

Through his ideas, his artistry, and his humanity, Lance has made a lasting impact on Computer Graphics both as a discipline and as a community. We hope that by awarding him the highest honor ACM SIGGRAPH can bestow, Lance’s song will finally be sung.