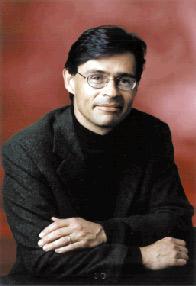 ACM SIGGRAPH recognizes Anthony D. DeRose with the 1999 Computer Graphics Achievement Award for his seminal work in making subdivision surfaces a practical geometric modeling technique. Although there are many hopefuls waiting in the wings, there are only two widely accepted geometric primitives in computer graphics-polygons and parametric patches. DeRose’s work, and the wide range of activity that it has sparked, will surely add another primitive to the geometric modeler’s pantheon-subdivision surfaces.

Tony’s work spans a wide range of topics in geometric modeling starting with a characterization of Geometric Continuity in terms of differential geometry. A series of papers set up the basic framework and mathematical foundation for transforming clouds of scanned 3D points into useful geometric objects, and for the connection between subdivision and multi-resolution wavelet techniques. He has published on many other phases of geometric design.

Tony has been a versatile collaborator, both with his students-many of whom have gone on to establish major research reputations-as well as with colleagues. Aside from work on geometric design, he’s collaborated on global illumination using wavelets, VLSI CAD systems, image based rendering, user interface mechanisms, discontinuity meshing, parallel computing, and ray tracing. Perhaps the most fascinating and under appreciated work has been his creation of an elegant and powerful system for programming geometric systems in a coordinate-free manner. Holding an undergraduate degree in Physics from the University of California, Davis, and a Ph.D. from the University of California, Berkeley under Brian Barsky, Tony’s graphics work quickly helped to put the University of Washington on the map in the decade he spent there. Tony is currently a Senior Scientist at Pixar Animation Studios where he was a major contributor to “Geri’s Game,” winner of the 1997 Academy award for a short animated film.

Tony has consistently demonstrated a style concentrating on important fun-damental groundwork rather than on flashy but shallow results. His creativity, his wide collaboration, and his impressive list of students marks Tony as a major contributor to our field in a quiet, but yet outstanding way.