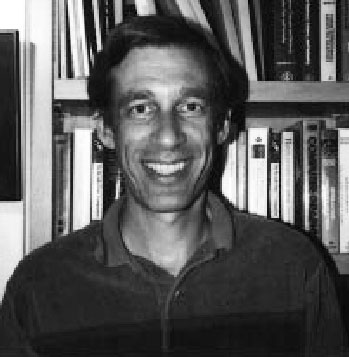 The 1996 ACM SIGGRAPH Computer Graphics Achievement Award is presented to Marc Levoy for his pioneering work in volume rendering, by which volumes are rendered directly from sampled data without first creating an intermediate surface representation. Volume rendering creates images that represent the underlying data very accurately and can reveal fine details that might be obscured with surface methods. This work has made a significant impact on the fields of medicine and scientific visualization.

Dr. Levoy began his work in volume rendering at the University of North Carolina, where he published many of the major papers in the field. He continued to advance the field by developing new algorithmic approaches, finding ways to improve efficiency, and demonstrating practical applications for the technique. Following his initial paper where he described the classic volume ray tracing algorithm, Dr. Levoy has published a number of papers that have continued to break new ground. These include a hybrid polygon/volume ray tracer and a volumetric morphing algorithm. He has also developed several algorithms for increasing the efficiency of volume rendering, including taking advantage of spatial coherence, adaptively refining the image, accounting for the observer’s gaze, rendering in the frequency domain, and using a shear-warp factorization. More recently Dr. Levoy has begun to use volumetric techniques to aid in the acquisition of 3D models by using a volume representation to integrate multiple range images.

Marc Levoy began his computer graphics career as a freshman at Cornell University in 1971, received a Bachelor of Architecture degree in 1976, and a M.S. of Architecture in 1978. He was the principal developer of the Hanna-Barbera Computer Animation System and served as director of the Hanna-Barbera Animation Laboratory from 1980 through 1983. He then pursued studies in Computer Science and received a Ph. D. in 1989 from the University of North Carolina at Chapel Hill. Today he is a member of the faculty of Computer Science and Electrical Engineering at Stanford University. Professor Levoy received the NSF Young Investigator Award in 1991. He has published over 40 papers on computer animation, volume rendering, and machine vision.

Volume rendering has made a major impact on the many scientific, engineering and medical disciplines that create and display large multi-dimensional datasets. Marc Levoy has been instrumental in opening up this important area of research and is continuing to advance it. The quality of his work reflects both his creativity and his high level of academic professionalism. ACM SIGGRAPH is pleased to present the Computer Graphics Achievement Award to Marc Levoy.